This week, the European Commission is gathering with all transport stakeholders in Helsinki and Tallinn for the 2013 TEN-T days. This event comes at a very timely moment for a discussion on the way forward for the new TEN-T policy as well as its funding mechanism, the “Connecting Europe facility”, which are just waiting their final adoption.

The European Sea Ports Organisation (ESPO) welcomes the imminent adoption of the new TEN-T policy. The new European transport infrastructure framework is, indeed, fully recognising the importance of ports as crucial nodes of the network. It can further optimise the links between sea ports and their hinterland through the multimodal corridor approach.

In view of maximising the success of this new policy, ESPO asks its members to fully benefit from this new infrastructure policy. Ports should participate entirely in the multimodal corridor approach that has been put forward by the European Commission and should submit projects. Moreover, by giving hands-on information to the Commission about their investment needs, European ports can contribute to obtaining an efficient and sustainable multimodal European Transport Network.

ESPO believes, in that respect, that European port authorities should be adequately represented in the governance structures of the multimodal corridors and actively participate in their implementation. All corridors start and end in European ports. Therefore, European ports are key actors and this should be reflected in an active involvement in the planning and development of the corridors.
ESPO further stresses that roads should not be completely neglected since improving road access to ports is an important element in enhancing maritime transport and hence multimodality in some areas.

In addition, for European ports, Motorways of the Sea (MoS) is a crucial aspect of TEN-T. MoS can strengthen the link between the comprehensive ports of the network and the core ports and multimodal corridors. It is important to define more precisely how this concept will be applied in the context of the new TEN-T policy. This could and should be done in close cooperation with the ports and their experts, who deal on a daily basis with short sea shipping. Finally, to really boost the Motorways of the Sea between European ports, the Commission and Member States should step up efforts to realise the full internal market of maritime transport and to ensure efficient custom procedures in all European regions and ports. 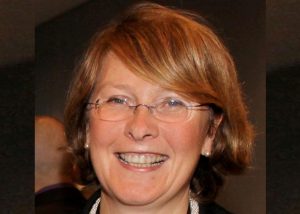 “We entirely support Europe’s new TEN-T policy and see it as a good basis for further developing Europe’s transport infrastructure into a fully fledged multimodal, efficient and sustainable network in which ports are the cornerstones. The delivery of this new policy will however depend on its implementation. A lot of aspects still need to be clarified. ESPO and its members are prepared to give input and look together with the other stakeholders and the Commission for the best ways to ensure a full application of the goals of this new TEN-T policy. We hope in that respect that ports will be heard and that they will play the role they deserve in the multimodal corridor”, says ESPO Secretary General, Isabelle Ryckbost.