United industry needs a united Government – what next for UK shipping? 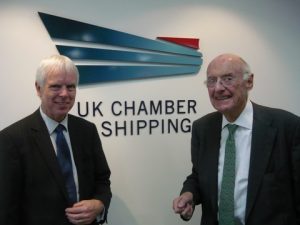 British shipping interests have been buoyed by what they see as a new and constructive approach by the Government towards their industry.

Speaking in London to the International Maritime Industries Forum, UK Chamber of Shipping director-general Mark Brownrigg declared: “Hats off to the Government and particularly the present team of ministers and officials at the Department for Transport for their commitment, for ‘getting it’ early on in the process, for asking the industry how they could help, and for their pro-activity in every aspect.” 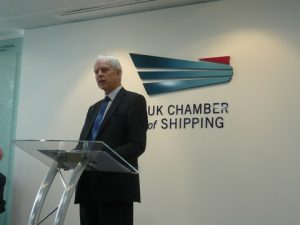 In an upbeat assessment of collaboration with the Coalition administration, Mr Brownrigg said that “2013 has been the year when the present Government has become more pro-active and more joined-up. As a result, the whole maritime sector in the UK has gained a new spring in its step.”

Addressing the meeting, hosted by the Chamber, Mr Brownrigg said: “For the first time in decades, the world has seen the UK seize again the initiative that it once held naturally, before it began to take it for granted.” 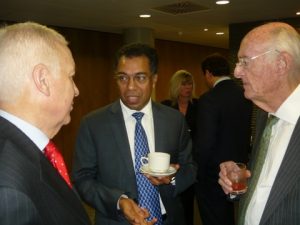 He drew attention to the series of cross-departmental ministerial round-tables inaugurated to bring together Maritime UK services representatives and ministers from Transport, the Cabinet Office, Treasury and Business & Energy. There have been three such gatherings so far in 2013 to date, with a fourth planned for November.

The discussions had begun to develop a structured approach to issues facing the sector, and the intention was to broaden the group to include other ministries and industry partners.

“In the UK, a door has opened and it is our job to walk through it, ” said Mr Brownrigg. 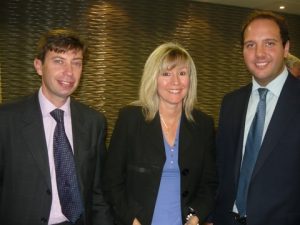 “We need today to rise above the old-style defeatist attitudes that there are no votes in shipping, that the media never gives us a good press.  We can be our own worst enemy and we need now to cast that off!”

Mr Brownrigg contrasted the new mood with the last decades of the 20th century, when the sense of decline was deeply embedded. There had been a feeling of a remote sector past its prime, facing negative publicity arising from accidents, pollution incidents, and loss of life in ferry disasters. “At the same time, we knew that many of these issues were being addressed, but that was not recognised.” 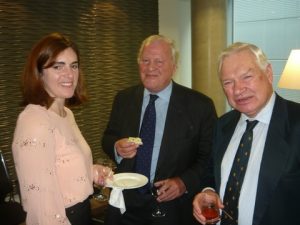 The public of this island nation was “not aware, not understanding, not caring… Government the same! It is hard to seize the attention of government in an economy as large and diverse as ours – we are not Greece, Norway or Denmark.” He said: “This lack of political and public awareness is not some quirk of fate.  It is not the fault of politicians or indeed the man on the street.  We have to shoulder some of the blame, and be open to doing what is necessary to make this wrong right.”

The industry only developed adequate consciousness of public affairs work in the early 1990s. “It took a full 10 years to bear fruit… the fact is that other sectors had acted, while we had not.  Other industries have invested in public affairs, and they now reap the benefits both in political influence and public awareness.” He used as a comparison the airline BA, which “employs more public affairs specialists than the shipping industry in total.” 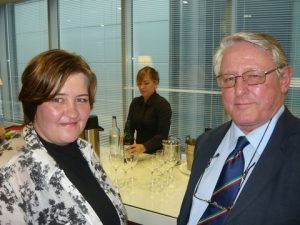 Disparate groups claiming to be the voice of the industry “simply did not wash with parliament and government, ” and that led to the UK Chamber helping developing Maritime UK as a coalition of major trade organisations, to harness collective lobbying power.

Today, Government had recognised at last the political and economic value in collectively supporting the maritime sector. This was the culmination of several initiatives inspired by Maritime UK and its working in genuine partnership with the Department for Transport in particular. 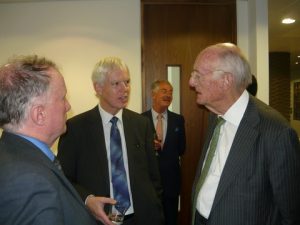 London International Shipping Week had just offered perhaps the most exciting and high profile sequence of maritime events that the UK had seen in decades. It was a “dynamic, buzzing success which went well beyond what was expected.” The Week had begun with a session at 10 Downing Street attended for 20 minutes by the Prime Minister, when themes included the importance of building a globally attractive and predictable environment for shipping companies to operate in the UK, preserving the pre-eminence of the UK and London as a global maritime cluster, building high-quality skills,  and addressing regulatory concerns.

Two industry-government Strategic Partnership Plans were in place, for shipping and for ports, and a third was underway for the maritime business services of the City and wider.

“We are much, much more effective together working on the bigger issues. The time for working in individual sector silos is past. It is only through the industry coming together that we have been successful in bringing the different parts of Government together. We can only achieve our objectives if Government works as a single entity too.” 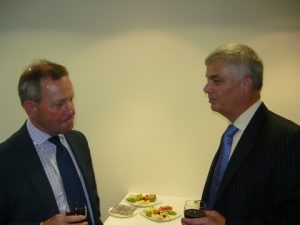 In relations with Government, the industry had to create a permanence of approach that would survive change, the loss of individual officials and ministers, and that would reach beyond the elected terms of government.

Members of the audience welcomed the Chamber’s work in compiling compelling statistics, highlighting that shipping, ports and maritime business services contributed £32bn to the gross domestic product of the UK, nearly £9bn in taxes, and supported some 540, 000 UK jobs. .. and, as Mr Brownrigg said, “ we are growing, even through the crisis.”

LISW was really only the catalyst for a much wider project, “which aims to change the way in which we work with Government on shipping and maritime services matters, long into the future.  We both – no, we all – have much more to do.”

IMIF chairman Jim Davis thanked Mr Brownrigg for his “excellent, if I may say so almost messianic message.  The value added by transportation is almost immeasurable.”

One delegate asked how prominent the insurance industry was in the processes outlined.  “They could make a major contribution, ” he said. Mr Brownrigg replied that in Maritime UK there were P&I clubs, but the structures generally were lacking in some of the other insurance sectors.  “We have to make sure that all sectors are fully represented.”

Although the majority of shipping companies are now beneficially owned outside the UK, Mr Brownrigg insisted: “Shipping is alive and kicking here.  Very much so, of course with international shareholders.” Mr Davis added: “The flag is one thing, the activity is another.”

On behalf of the IMIF, Mr Davis wished Mr Brownrigg well for the future. Mr Brownrigg has decided to step down as director-general of the Chamber from the end of 2013, after 40 years of service with the organisation. His successor, designated chief executive, will be Guy Platten, currently chief executive of Caledonian Maritime Assets.

Kidnapping of US citizens off Nigeria was avoidable