Operation Unthinkable: historian Jonathan Walker unfolds the story of how Churchill was ready to start a Third World War in 1945

Operation Unthinkable: historian Jonathan Walker unfolds the story of how Churchill was ready to start a Third World War in 1945,  By James Brewer

Winston Churchill ordered his military chiefs in 1945 to draw up a top-secret plan for a massive quick-fire attack via key fronts including the Baltic aimed at forcing the Soviet Union out of a large swathe of eastern Europe.

“As we know,   it never happened, but how close did we come to World War III, just two months after the Second World War ended?” asks historian Jonathan Walker, author of a compelling new account of a master-scheme to attack Stalin’s empire and claw back territory into the Western sphere of influence.

Mr Walker’s book,  Operation Unthinkable, takes for its title the code name of the stratagem which if put into action would have cost countless more lives in the wake of the slaughter of World War II, and changed the course of 20th century history. The cataclysm might even have led to the Allies dropping the atomic bomb on Moscow. Churchill about to make his speech on VE Day

At a dinner at London’s Polish Hearth Club on October 24 2013 to launch his book, the author first described the plotting and counter-plotting by the great powers which held the fate of dozens of countries in their hands. It was a theme touching deep emotions among the 100 people present, for Poland was very much at the heart of the whole chain of wartime events from 1939, and is felt by many to have been abandoned by the Western powers as the conflict drew to an end.

A German naval attack on a Polish military depot in what was in 1939 known as the Free City of Danzig, now Gdańsk, kicked off World War II, and that port city was to have been a key point in a Churchill-inspired assault to push the Soviets out of Poland and eastern Germany.

The proposed onslaught was to have used American, British, Polish and – highly controversially – German forces, to smash back the Soviet advance, which was reaching into Berlin and even to the border with Denmark.

The remains of Warsaw – a target for the Allies to recapture

What put paid to the plan was the split between Britain and the United States over the division of Europe. By the time Churchill, Franklin D Roosevelt and Joseph Stalin met at Yalta for the post-war carve-up in February 1945, Stalin was on his way to consolidating his grip on Poland. He had subdued much of the resistance and was setting up a provisional pro-Soviet government, Mr Walker recounted. Roosevelt wanted Stalin’s help to defeat Japan, so Churchill who had wanted to dump the wartime co-operation with the Soviet Union, was elbowed out.

On the surface, Roosevelt’s position was surprising. He had a big Polish constituency back in Pittsburgh, and had promised he would help secure a peaceful and independent Poland after the war. By mid-1945, however, he had turned his attention to the Pacific rather than Europe.

Roosevelt in fact saw himself as an intermediary between Churchill and Stalin, said Mr Walker, and had no wish to upset Stalin. Stalin in any case had bugged most of the private rooms at Yalta and knew how wobbly the West was on the question of Poland.

The relationship between Britain and the US was further unsettled by the death of Roosevelt onApril 12. His successor was Harry Truman, who came into the game at a critical stage, not knowing any of the principal players. Truman initially took a tough stance against Stalin, but this did not save Poland. Stalin and the Soviet people were convinced that their Red Army was unbeatable.

Churchill cabled his Foreign Secretary, Anthony Eden: “The Allies must not retreat from their present positions until we are satisfied about Poland and also about the temporary character of the Russian occupation of Germany.” 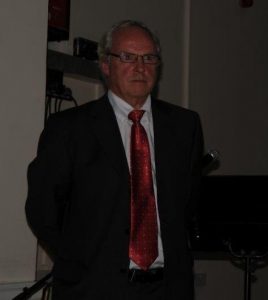 From his private correspondence in the spring of 1945, said Mr Walker, who carried out extensive archive research for the book, it is evident that Churchill’s fear of the various Soviet threats was all-consuming.  In early May, he ordered his chiefs of staff to contemplate a new war with the Soviet Union. It was quite clear that Stalin had reneged on the Yalta agreement by annexing Poland.

Britain would have to act quickly, before demobilisation would erode its strength. The Americans were preparing to move vast numbers of their troops to the Far East to invade Japan.

The chiefs of staff immediately started work on Operation Unthinkable, which envisaged a massive pre-emptive strike against the Red Army on July 1 1945, to “impose upon Russia the will of the United States and British Empire.” The plan laid bare the grim consequences of what might happen: “A quick success might induce the Russians to submit to our will, at least for the time being; but it might not. That is for the Russians to decide. If they want total war, they are in a position to have it.” 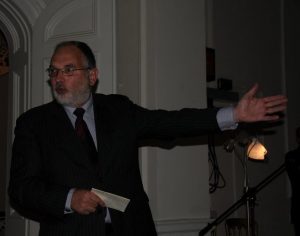 The offensive would involve two main thrusts. The first would pass through the Soviet-controlled sector of Germany and capture Stettin (which is now a part of Poland as Szczecin) and push south through Poland. The lower thrust would capture Poznan and Wroclaw.  It was hoped to engage the mass of Soviet armoured brigades in this central region, defeat them, and hold a front line running from Gdansk to Wroclaw in the south. In the Baltic, an Allied naval force considered superior to the Soviet fleet, except in ice conditions, would support amphibious landings along the Polish coast.

Mercifully, Churchill’s top brass was against the whole idea. It was fraught with danger and the West would have been forced to plunge in further and further. As conflict raged, the Russian winter would loom, and knowledge of Napoleon’s ill-fated march on Moscow was ringing warning bells. Stalin might have invaded Greece and Turkey and even moved into Syria and Iraq, “so it is total war” under that scenario, said Mr Walker. The chiefs of staff opined that a short sharp Allied attack into Poland was extremely unlikely to succeed and that World War III would erupt.

The Allies would have faced odds of 2:1 against them in armour and 4:1 against them in infantry. To help remedy this shortfall, Operation Unthinkable called for the use of the German army. After VE Day the British kept 700, 000 disarmed Wehrmacht troops inside the occupation zone. Quite how British, US and Polish forces would have handled fighting alongside their recent bitter enemy is hard to fathom, said Mr Walker.

There appears to be no reference to the plan in Polish records, but the country’s army could have provided a considerable force of up to 250, 000 troops; their ranks were swelling all the time, said Mr Walker. The Polish military leader, General Władysław Anders, from his bitter experience of the Soviet Union, knew more than any commander how Stalin operated.

At the last meeting of the Big Three at Potsdam, Churchill received news of the US testing of an atomic device, and exclaimed: “If Stalin insists on doing this or that, we can just blot out Moscow.” The atomic bomb had clearly reignited his hopes of Operation Unthinkable. The problem was that it was America and not Britain that controlled the use of the bomb.

On July 25 the results of the General Election gave the Labour Party under Clement Attlee a landslide victory. Though British foreign policy did not radically change, Attlee would not countenance offensive action against Stalin.

Within months, the US chiefs of staff were becoming alarmed at Soviet expansion. By 1946, Operation Unthinkable was not so fanciful, but it was too late to keep Poland out of Soviet clutches. The Cold War had begun.

Mr Walker said that from his research, he believed that Churchill seesawed in his hopes and fears over Poland. It is only in the middle of the Yalta conference that he “understands that the whole Poland game is up. The Red Army is there, nothing is going to move that. Roosevelt is not really interested in Poland, and Churchill has no cards to play.”

At the book launch, Major General Mungo Melvin, president of the British Commission for Military History, praised Mr Walker for his meticulous research, and for writing an insightful and very readable account.

Maj Gen Melvin said that Britain declared war on Germany in September  1939 for its unprovoked intervention into Poland, and five terrible years ensued. At the Yalta conference, Stalin and his forces had all the cards, and as a result of his intrigues and the facts on the ground of the Red Army, Winston Churchill began to think the unthinkable.

Returning to Britain, having had to bow to Stalin over the fate of Poland, Churchill had a hard time in the House of Commons. “Why had Britain gone to war? For many people, Britain had forgotten that, ” said Maj Gen Melvin.

During an impassioned question session at the book launch, a member of the audience commented: “Goodness knows what Britons would have thought of re-arming the Germans [for Operation Unthinkable].” Another exclaimed: “What a mercy for Poland it was that Operation Unthinkable was not undertaken. I do not care to think what would have happened to Poland had there been a combat between the Western powers and the Soviet Union on her territory.”

Mr Walker said that Operation Unthinkable remained controversial. When classified papers were published by the Public Records Office in 1972, it was missing. In the 1990s suddenly it emerged into the public domain.  By that time the Cold War was over.

Mr Walker has written extensively on 20th century warfare and political strategy, often in relation to the sharply changing fortunes of Poland. His previous book The Blue Beast, is a study of the lives of three mistresses of leading figures during the Great War.

A League of its own

I wonder how much the government in 1945 were able to pick up from Russian signals encrypted using the German Lorenz or Tunny machine. Bletchley Park, of course, had been breaking Tunny signals since 1943 and using Colossus to do this since January 1944. We know that while everything else at Bletchley Park was destroyed at the end of the war three Colossus machines (there had been 10 or 11) were taken to GCHQ at Eastcote and the last was not destroyed until 1961. We had kept them because the Russians, as they fought their way west, had captured Tunny machines and used them to encrypt their signals. They did not know that we had regularly broken the German high command signals encrypted using that system. They knew, of course, that we had been breaking the enigma signals. It was because the Russians used the Tunny system that Colossus was kept secret until the early nineties when Tony Sale at Bletchley Park began to construct an exact copy, which of course can be seen working on a daily basis.