As you all know shipping is interwoven with arts; be it paintings, sculptures, books, exhibitions, auctions, fashion, museums or even music and Allaboutshipping.co.uk fully supports the Arts in its entirety, as you can see the many references in our site.

Toreador – Carmen, and Habanera – Carmen, two of  George Bizet masterpieces where followed by Sergei Rachmaninoff’s Prelude in G minor; the joyful Rigoletto Quartet, Rigoletto from the works of Giuseppe Verdi – what a performance by Paula, Anais, Alexandros and Ross! Again a solo of Caro nome, Rigoletto by Verdi excellently performed by Suzanne with Alexandros excelling with Verdi’s La Donna e mobile, Rigoletto again by Verdi. 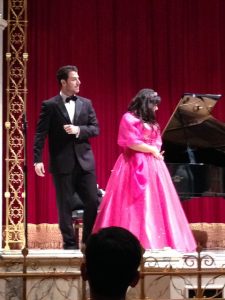 It was then Puccini’s turn with Flower Duet, Madame Butterfly with Paula and Anais great performance on Giacomo Puccini’s masterpiece a very shipping theme for which we mentioned in the preamble of this event. This happens to all families with seafarers or naval officers around the world for millennia waiting fro their loved ones; the Greeks have a word for it: “nostos”. Now you can see our comment above and why music, opera is interwoven with the shipping and seafarersworld!

After a couple of drinks at the Glass Room, the event continue with Voi lo sapete, Cavaliera Rusticana with Anais’ superb  performance. Artur continued with Dance of Sassoon, the Alexander Haroutunian’s unique piece and Paula gave it all with Antonin Dvorak’s Song of the Moon, Rusalka! 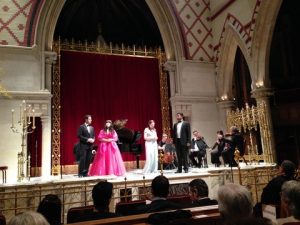 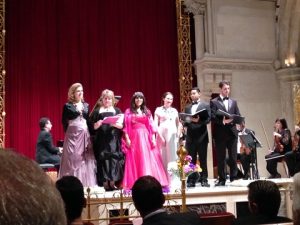 Anais and Artur continued with Armen Tigranian’s Tamar’s Aria, David Bek, Jessy continued with Verdi’s Sempre Libera, La Traviata; Artur Bobikyan’s Preludia Lagonamante in C minor was performed by Artur and Anais with all on stage performed Rossini’s Agnus Dei, Petite messe Solennelle, a very much… needed situation for all as we need our sins to go away… Watch this space!