West Africa Pirates vs. the U.S.A 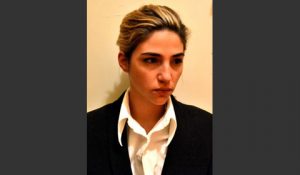 A 222-foot (67 meter), U.S. Flagged, C-Retriever was boarded by pirates off the coast of Nigeria kidnapping her the captain and chief engineer. The pirates actions proved quite brutal –as usual dedicated against an unprotected oil supply vessel. Up until now there have been 32 mariners kidnaped and pirates asked for ransom. In this particular case, there is no indication that ransom has yet been asked.

What we have to pay attention too, is that the vessel flies the U.S.A  flag and the hostages are Americans – meaning that the pirates scope was to irritate the United States of America and thus placing a stake between the Nigerian government and the United States.

On the other hand, the inability of merchant vessels to have armed guards on board – providing protection as per the existing laws in West African waters, increase the pirates capabilities to board vessels, steal cargo and kidnap crew members. On top of this, add the fact that it is expected (quite logical) that all these merchant vessels heading to West Africa is almost impossible, in my opinion, to be guarded by the Nigerian Armed Forces in its entirety.

This situation spawns the crew member’s feelings as far as safety is concerned when the vessels are operating in these waters.  Therefore, in order to “balance” the sense of protection to mariners and cargoes – the shipping community in the IMO should take additional steps in order to have the Nigerian state convinced that, ships should be permitted to board also foreign armed guards under specific conditions by the State of Nigeria.