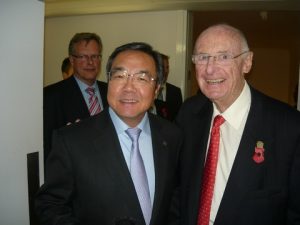 Global action on the piracy menace must remain a priority despite a decline in reported incidents, Jim Davis, chairman of the International Maritime Industries Forum, insisted in his address to the IMIF’s 38th annual dinner in London.

He warned the industry against being lulled into complacency over maritime crime. “There is something about piracy that conjures up a picture of Jolly Rogers and Long John Silver, but it is a very serious thing invading our industry, ” Mr Davis told the 275 members and guests at the event, on Wednesday November 6. 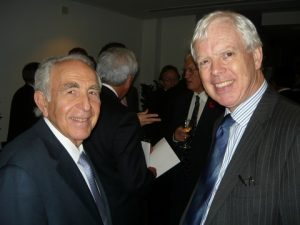 “The world needs safe, secure highways for ships, and people are out ravaging those highways.”

As regards Somalia, one had to look to the hinterland, where people without hope thought they could make a quick buck if they “go and nick a ship, with kidnapping, ransom. This is a tremendously serious situation. These poor seamen who sail through these areas are up against something they should not endure. But the ships have not much defence against committed pirates. 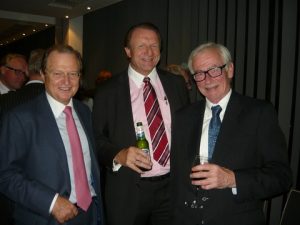 “Piracy is extremely important and something I would like to see the international world do something about. Don’t think about it as something romantic or something we can put up with. It is a disgraceful situation, and we must act – the whole world – do something about it, ” Mr Davis declared. 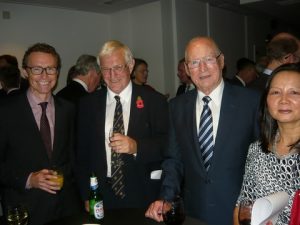 Mr Davis was clearly concerned that the issue should remain high on the agenda, despite reports collected by the International Maritime Bureau that indicated piracy declined in the period of January to September 2013 to its lowest level for seven years. 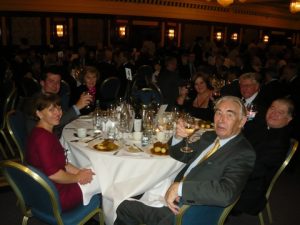 The table no.4 faithful…with ABS’ Gillian Smyth, Moore Stephens’ Michael Simms,  Nikki Miller from the Worshipful Company of Shipwrights, Nicky Reynecke and John Dalby both from MRM, The Revd Canon Ken Peters and

Surveying the economic scene, Mr Davis, who has been in the industry for 61 years, said: “We are all committed to this amazingly romantic industry.  And it is not in a very happy state. We soldier on, we do our work, but it is not a highly profitable industry.” Rates for VLCCs had been as low as $10, 000 a day, there were 1, 305 capesize bulkers and 102 building, “and they are not doing too well either.” Of the large containerships, “there are rather a lot of them coming along and I am not prepared to say they are going to have some great years ahead.” 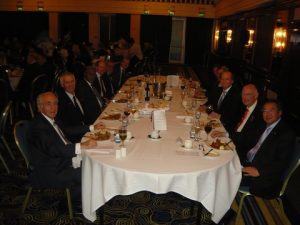 The shipping industry had been unduly assailed over the question of pollution, when ships caused less than 3% of noxious emissions that the world had to put up with.

“Shipbuilding, what can I say about that – preferably very little, ” he went on. He was speaking a day after BAE Systems and the UK Ministry of Defence sealed the fate of 1, 775 jobs in Scotland and England, and of shipbuilding at Portsmouth. Such facilities were specialist shipyards but they have gone, said Mr Davis. It was a question of demand. 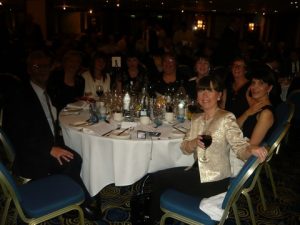 Spyros Polemis of Seacrest Shipping, who for six years was chairman of the International Chamber of Shipping, paid tribute to “Jim’s huge contribution” to the IMIF. Mr Davis had worked for many years to strengthen the relationship between the different organisations and sectors and people.

Mr Polemis added: “We are in this business because we love it, because it is the most fascinating business there is, but mostly because of the people.” Inge Mitchell, a veteran member of the Baltic Exchange, followed him to the microphone to echo the goodwill towards Mr Davis – “this young man who was 85 this year.” 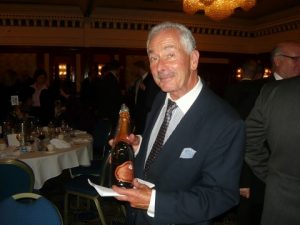 An appreciation for James Brewer 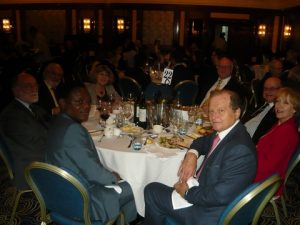 Mr Davis warmly thanked Victoria Mott for her organisational skills which had ensured the success of the event. Ms Mottwas assisted by Rose O’Brien. She selected as charity of the evening the National Brain Appeal, which raises funds for the extensive work of the National Hospital for Neurology and Neurosurgery in London. 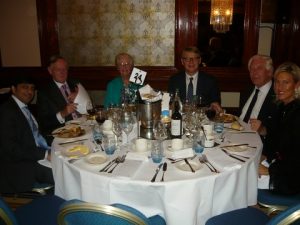 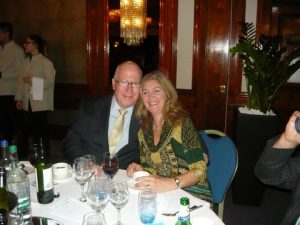 Trevor Blakeley won the prize draw, and James Brewer was presented with a bottle of fine champagne as a thank you for diligently writing up reports from IMIF buffet luncheons for the forum newsletter, Richard Robinson collected a bag of goodies on behalf of quiz winners Table 23 — the table sponsored by Fairdeal.

Grace had been said by His Eminence Archbishop Gregorios of Thyateira and Great Britain, and by Canon Ken Peters of The Mission to Seafarers. 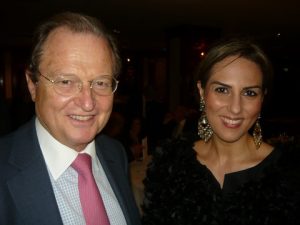 George A. Tsavliris from The Tsavliris Group and Clarkson’s Chryssa Papathanassiou