Seven steps to business success in the USA… 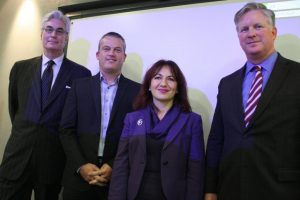 Seven steps to business success in the USA – a blueprint is outlined to London seminar of Institute of Export,  By James Brewer

A seven-step formula for establishing a viable business presence in the United States has been outlined to a London meeting.

The US has a reputation as one of the most difficult markets for small and medium enterprises to enter – companies do not know where to start, and are put off by the differing laws and regulations of the individual states.

As against that, breaking into the US trading scene is often a natural progression for UK companies looking to grow. With a quarter of global gross domestic product, the nation is part of the world’s largest consumer grouping.

“You need to be successful already in your home country, the UK, ” said Greg Wingfield, who has specialised in attracting businesses to his home state of Virginia for many years.  “It is a tough market.  You are really going to have to give your all, to make it successfully.”

Mr Wingfield is president and chief executive of the public-private regional economic development organisation Greater Richmond Partnership. Since being launched in 1994, the partnership has helped many companies including K-Line (which has its North American HQ in Richmond), Genworth, Brink’s and Philip Morris to set up bases in the region.

He was speaking at an event organised by London branch of the Institute of Export and International Trade, on November 14 2013 at the London office of the meeting sponsor, forensic accountancy firm Matson, Driscoll & Damico.

Step one: assessing whether your proven product or service is right for US customers, and getting a feel for what your business costs will be, bearing in mind corporate and local taxes and other expenses .

Step two: understanding the US market, the largest economy in the world with 300m people and a gross domestic product of $15.3trn. Where are your potential customers – look at the geographical clusters.

Step three: build a business case for the US. Who are your customers and end-users?

Step four:  a US reality check of the business and marketing plan you have put together. Plan a trip, possibly of two weeks’ duration, to the country to verify your research.

Step six: choose your route to the US market.  Most of the successful businesses invest directly and have their own people ‘on the ground.’ Mr Wingfield said: “With your own presence, you control your own destiny.”

Step seven: getting started, including opening a business bank account and ensuring products and services and promotional material are customised for the US. “Do not be afraid to modify your market strategy once you are there.”

There are 250 major metropolitan areas in the US. Mr Wingfield showed a map of the concentrations of population – which are heavily weighted near the east coast. He said that 60% of potential customers are east of the Mississippi River. On the west coast, Washington state and California represent about 15% of the US population. “You start losing the window of communication as you go across the time zones to the west, ” Mr Wingfield said.

Each state has its own laws which vary markedly in their approach to the business sector,  Ben English, an attorney with Richmond-based Hirschler Fleischer, told the Institute of Export meeting.  To protect against liability claims, companies needed to set up a US legal entity. Having a US subsidiary could limit the scope of Internal Revenue Service audit. 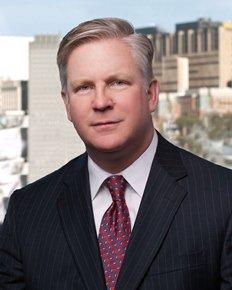 Virginia and Delaware are often considered to have the most business-friendly corporate laws. Traditionally, Delaware has been the jurisdiction of choice to incorporate a company, but for the last 15 years Virginia has “out-Delawared Delaware” with new laws, said Mr English. Once legally established in one state, a business may trade in all the others.

He admitted that “America is a pretty litigious society, much more than the UK; notwithstanding it has not stopped us from becoming the largest economy in the world. You should work with legal counsel to limit your exposures, ” he advised, “and identify issues at the outset. Use your legal counsel as a risk management tool.” He added: “At the end of the day, the best answer for a lot of these liabilities is insurance.”

Mr Wingfield detailed the advantages he sees in Greater Richmond as a business location. The area is 100 miles from Washington DC, and situated at the mid-point of the east coast economic corridor between Maine and Florida. More than 55% of the US population lives within 750 miles. Richmond metropolitan area has a population of 1.3m.

Almost 150 internationally-owned companies from 28 countries have a presence. Every day some 200, 000 vehicles pass through Richmond on Interstate 95, dubbed Main Street USA, “so you have a great transportation network, ” said Mr Wingfield.

There is a big variety of ports up and down the east coast – including Savannah, Jackson, Charleston, Richmond and New York – to bring in goods by ship.

Virginia is a “Right to Work” state with low levels of unionisation and has the fourth lowest US cost of workers’ compensation conditions for manufacturing and office workers. State business tax in Virginia is low at 6%, unchanged since 1972.

The Port of Richmond is a domestic and international multi-modal freight and distribution centre on the James River. It has barge service with the Port of Virginia at Hampton Roads, some 100 miles away, the third largest container port on the east coast and a hub of global service from more than 75 l shipping lines.

“We have been doing business in the Richmond area since 1607 – we were the first business location in the New World, ” said Mr Wingfield, referring to the founding of Jamestown, America’s first permanent English colony 58 miles from modern Richmond, in 1607 – 13 years before the Pilgrim Fathers landed on the Mayflower.  The colony initially was under the wing of the Virginia Company – a group of London investors.

Toufak Ahangari, chair of the London committee of the Institute of Export, welcomed participants and thanked the speakers for sparking a lively discussion session.