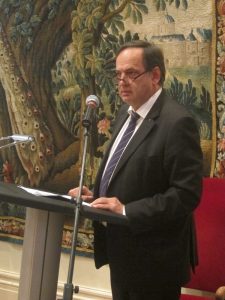 On Tuesday 26 November, the Transport Committee of the European Parliament will discuss the proposal for a Port Regulation and the draft report of Mr Fleckenstein.

A number of these concerns have been addressed by the Rapporteur in his draft report. ESPO welcomes in particular:

-The proposal to exclude dredging from the scope of this Regulation;
-The way the freedom to provide services is regulated, taking into account the specific situation of the port;
-The clarification that in case of limitation of the number of service providers the managing body of the port should set up an open, transparent non discriminatory procedure. The concession procedure should only be followed in cases it concerns a “concession”.

The draft report also improves the Commission proposal on the following issues:

-The recognition that port authorities must be able to set their own charges taking into account their economic strategy;
– A more pragmatic and less burdensome approach as regards the independent supervisory body and the users committee.

ESPO’s Secretary General Isabelle Ryckbost says: “Mr Fleckenstein has been visiting different ports and had different meetings with port representatives. Our members appreciate very much this open dialogue and recognise the efforts the Rapporteur has made to understand European ports and port authorities. The draft report shows the Rapporteur’s understanding of European ports and their diversity. Even if not all issues are solved, this report is a first important step. The Port Regulation remains a difficult exercise for our members, but we are looking forward to continue the discussion with the Rapporteur and the shadow Rapporteurs in view of further improving the proposal.”