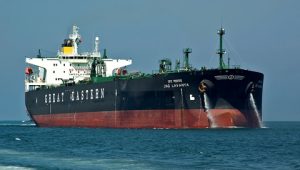 Increased efficiency
Retrofit calculations on different fixed-pitch propellers evaluated for the M/T Jag Lavanya show the superiority of the Kappel design. Christian Wollerup Sørensen, Sales Manager, MAN Diesel & Turbo said: “With this vessel’s speed and operating profile, the new Kappel propeller will deliver a fuel saving of 4% together with a reduced level of pressure impulses to hull – and without adding any other, efficiency-improving devices.”

Short delivery time
The four-bladed, 6.9 metre Kappel propeller for the Jag Lavanya will be delivered from China in January 2014. “As a result of the excellent and efficient cooperation between the Mumbai shipowners and MAN Diesel & Turbo’s India and Frederikshavn locations – and last, but not least, our Dalian Marine Propeller (DMPC) production partner in China – we agreed upon an extraordinarily short delivery time to match a planned docking by the vessel”, said Christian Wollerup Sørensen.

Propeller production in China
MAN Diesel & Turbo’s prolific partnership with Dalian Marine Propeller was recently confirmed with another order – a production agreement for a series of 7.2-metre

Kappel propellers for the world’s largest car carriers to be built by Xiamen Shipbuilding Industry, China.

About GESCO
The Great Eastern Shipping Company Limited is India’s largest private-sector shipping company. The company has two main business areas: shipping and offshore. The shipping business is involved in the transportation of crude oil, petroleum products, gas and dry bulk commodities, while the offshore business services the oil companies in its offshore exploration and production activities through its wholly-owned subsidiary Greatship (India) Limited.

About MAN Diesel & Turbo
MAN Diesel & Turbo SE, based in Augsburg, Germany, is the world’s leading provider of large-bore diesel engines and turbomachinery for marine and stationary applications. It designs two-stroke and four-stroke engines that are manufactured both by the company and by its licensees. The engines have power outputs ranging from 450 kW to 87 MW. MAN Diesel & Turbo also designs and manufactures gas turbines of up to 50 MW, steam turbines of up to 150 MW and compressors with volume flows of up to 1.5 million m³/h and pressures of up to 1, 000 bar. The product range is rounded off by turbochargers, propellers, gas engines and chemical reactors. MAN Diesel & Turbo’s range of goods includes complete marine propulsion systems, turbomachinery units for the oil & gas as well as the process industries and turnkey power plants. Customers receive worldwide after-sales services marketed under the MAN PrimeServ brand. The company employs around 14, 000 staff at more than 100 international sites, primarily in Germany, Denmark, France, Switzerland, the Czech Republic, India and China.