Top Posts
The BDI drops down to 1,540; Wets maintain...
John Faraclas of All About Shipping contributes to...
Irene Rosberg addresses the 22nd Parliamentary Intelligence-Security Forum
Pamella Roland Fall/Winter 2022: Bejeweled Eveningwear
Summer is on in Astypalea!
Hot Port News from GAC
Bibhu Mohapatra Fall/Winter 2022: On the Super Heroines...
Ready to hit the water? So are these...
Coach Fall/Winter 2022: A Collection That Feels Like...
Badgley Mischka Fall/Winter 2022: Wearable Sculpture in Ultra-Chic...
Power, philosophy and heroism of central bankers, and...
New superyacht goes up in flames
American Club Circular no.23/22 – EU Sanctions –...
Home MarketsLiner Shipping and Trade G6 Alliance plans expansion to Trans-Pacific West Coast and Trans-Atlantic trades 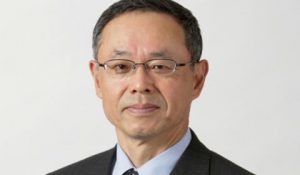 The G6 Alliance said the expanded cooperation will provide customers with more service choices and increased sailing frequency. For example, on the Asia-North America West Coast trade, each G6 Alliance member will be able to offer almost twice as many sailings, compared to what is currently offered separately by The New World Alliance and the Grand Alliance.

“The proposed expansion will complement our existing services in the Asia-North America East Coast and Asia-Europe trades, allowing us to deploy the most suitable ship for each loop across the trades, ” member carriers said in a statement. “With greater service flexibility and operational synergies, the G6 Alliance will have an even more resilient and robust network – giving shippers a wider coverage area and shorter transit times without reducing the total capacity.”

The G6 Alliance plans to deploy about 76 ships across 12 services connecting 27 Asian and North America West Coast ports. Approximately another 42 ships will be deployed across five services including two pendulum services in the Trans-Atlantic trade lane calling at 25 ports covering the US East Coast, US West Coast, Canada, Panama, Mexico, Netherlands, the UK, France, Belgium and Germany.

With this step, the G6 Alliance will provide a network comprising all East-West trade lanes deploying a total of about 240 vessels connecting 66 Asian, American and European ports.

The new services are scheduled to begin in the second quarter of 2014, pending regulatory approval. Details on services and port rotations will be announced at a later date.

G6 Alliance members will continue to market their services individually as they do today.

The G6 Alliance was formed in late 2011 and began operation in March 2012 in the Asia-Europe and Mediterranean trade. The cooperation expanded to the trade lane between Asia and North America East Coast in May 2013.