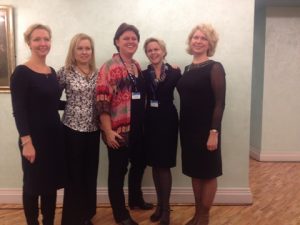 WISTA Russia is launched – bringing the Women’s International Shipping & Trading Association to the largest country on earth,  By James Brewer

A big step forward has been taken by the Women’s International Shipping & Trading Association (WISTA) with the establishment of a national association in the world’s largest country – Russia.

WISTA Russia has become the 33rd national member of the WISTA family, which includes some 1, 800 individual female executives in the maritime and related industries.

The move is the latest success in a remarkable two years for WISTA, which has seen the creation of enthusiastic chapters in China, India and Argentina, thus bringing its sea-blue logo to a vast area of the globe.

Russia, spanning nine time zones across its 17m sq km, was until now a noteworthy gap in the WISTA map. The country’s maritime role is enormous, because of its fleet size, its services including inward and outward insurance, law, ports, shipbuilding and repair, and its massive oil and gas trades. Russia has a considerable fleet under domestic flag of some 6, 600 units, counting ocean ships and those that trade both sea and river, and fishing vessels; and around 512 vessels are under Russian control with foreign flag.  The active river trading fleet is reported to be at least 20, 000 units.

WISTA International president Karin Orsel was recently in Moscow to support the launch of WISTA Russia, greeting the move as strengthening WISTA as a major player in attracting more women to the industry and in supporting women in management positions. 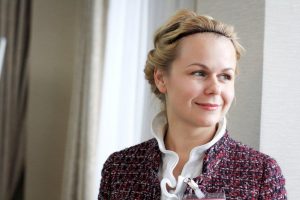 Olga Lazovskaya has been chosen as the founding president of WISTA Russia. Ms Lazovskaya, who is director of the protection and indemnity insurance department at leading insurer Rosgosstrakh, and general secretary of the Russian Union of Marine Insurers (RUMI), is well known in international markets, having helped organise three RUMI conferences and expand her company’s profile in the London shipping and insurance markets.

She said that Russian shipping had missed out on much female talent in the business and technical spheres. “Women with degrees in law, finance, technical sciences and so on tend not to turn their heads towards this vast industry of shipping, and thus the industry remains almost purely a male sector at present, perhaps to the tune of 95%, ” she explained.

“One of the reasons is that shipping in Russia is quite often associated with work at sea, and most of the employers in the industry here had that sea-going experience in an era when it was considered almost exclusively a masculine occupation.

“I sincerely hope that with the help of WISTA International and through the functions that we plan to organise, we shall see not only the faces of women in top management positions within Russian shipping, but shall attract the attention of more women seeking a stimulating career, as we provide motivation and support to them to step aboard this exciting industry of shipping.”

The launch event for WISTA Russia came amid the post-RUMI conference reception. The jazz band that had been entertaining delegates from many countries stepped down so that all present, men and women, could participate in the official ceremony.

“We wanted everyone to share our joy and happiness at the launching of our national chapter of WISTA, ” said Ms Lazovskaya.

After Ms Orsel as president of WISTA International congratulated the founding members of the Russian chapter, others lined up to express their good wishes.

There was a touch of humour when one conference delegate, Federico Deodato, president and chief executive of broking group PL Ferrari Management, stepped forward to remind those present that traditionally the launch of a vessel is blessed with good fortune by breaking a bottle of champagne against the bow.

“He was kind enough not to smash a bottle of champagne over my head, ” Ms Lazovskaya laughed, “ but he did wave a few drops of sparkling wine my way, as a sign of wishing me as the founding president of WISTA Russia, and all our members, fair winds for our WISTA voyage.” Mr Deodato gave a short speech in his which he expressed his confidence in the contribution that women bring to the industry, and his personal support for the new association.

“Could all this possibly happen at any event if it were not for that jointly shared feeling of friendship?” asked Ms Lazovskaya later.

Early confirmed members include Oksana Osadova, assistant to the president of the National Chamber of Shipping; Marina Kulakova, director at BashVolgotanker Shipping Co; and Elena Lukyanova, director of the transport insurance department of Alfastrakhovanie.

Ms Lazovskaya is confident that the list will grow considerably after WISTA Russia’s first “open doors” function which is planned for January. 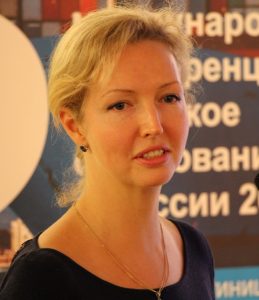 With networking, education and mentoring in focus,  WISTA’s core mission is to enhance the competence of its members and empower career success.

Among the objectives of the association are to improve the image of shipping and promote the industry through networking and cooperation between top management women, and to design training programs and bring young people on board the shipping industry.

[…] On the final evening, as the jazz band took a break, all the delegates were gathered to witness the official launch ceremony of WISTA Russia, the 33rd national association in the Women’s International Shipping & Trading Association.  Further details of the new association and the launch event can be found at https://allaboutshipping.co.uk/2013/12/10/wista-russia-is-launched/ […]