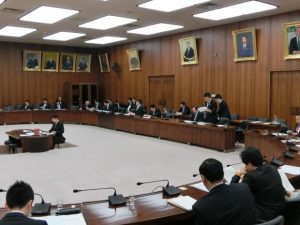 Thanks to the struggle of the Japanese Council of Transport Workers’ Unions (KOUN-ROKYO), to which many ITF affiliates belong, the Basic Law on Transport Policies was finally passed on 27 November following a decade of political infighting.

The new law should provide a basis for securing better public transport – like many countries, Japan has seen its public transport deteriorate following deregulation and the rapid ageing of society. Now, just a quarter of bus routes in Japan are profit making, and 2000km of bus routes are shut each year. Rail has also been hit, with 635km of railway track decommissioned between 2000 and 2010.

The deterioration of public transport has had a huge impact, particularly in rural areas, as well as on membership levels in transport unions. The public has increasingly turned to private cars to meet transport needs; this, in turn, has had an affect on the environment. Affiliates in the country believe the new unified legislation will start to tackle these problems, and provide joined-up provision in the country.

Katsuji Taki, ITF Tokyo Office representative said: “This is a great victory for both the public and for workers in Japan. First, this new law could be the basis for a more accessible public transport system for all. Secondly, the bill has a clause providing for ‘improving conditions of transport workers’ – which can only be good news for workers, and for the future of public transport here.”