Tsavliris Christmas party 2013; who wasn’t there! 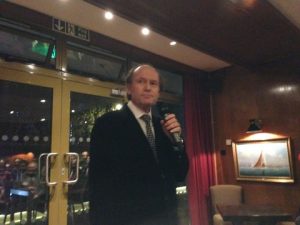 Off to the Tsavliris Salvage Group Christmas cocktail party at the Royal Thames Yacht Club in Knightsbridge where last Tuesday over 300 guests enjoyed one of the best ever Christmas events of the last decade!

Amongst them two of the Tsavliris brothers, Andreas and George with family members and colleagues from the Piraeus and London offices. 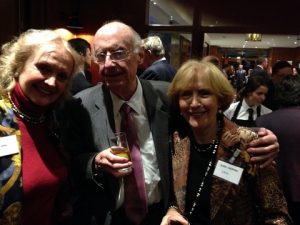 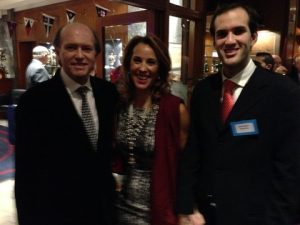 This year’s big speech was delivered by Andreas A. Tsavliris, beginning with a warm welcome thanking also the 300 plus guests “… for attending our annual reception”.

He went on to say: “ I checked the files last week and this is the 26th consecutive year in either good markets or bad markets we have been celebrating this special event in London. We have always invited our friends, all the key players in our industry, even our competitors (who can also be friends) and their family members. And the person who has always been working so hard organising and putting this together since the beginning is Jan May. I would also like one more round of applause for Samantha Haywood who has helped Jan out this evening.” 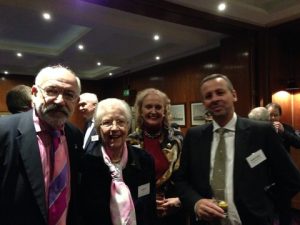 He then entered meticulously, but briefly, to the events of the year saying: “We had a reasonable year in 2013 and undertook about 14-15 LOF salvage cases – not very satisfactory.
“There is a clear reduction in the numbers of LOFs per year and I would like to urge the shipowners, property, underwriters and P & I clubs to use more often and understand the value of the LOF. 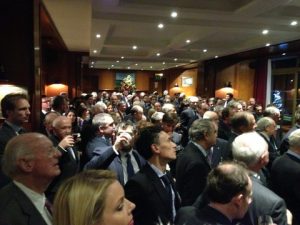 “We need you to encourage the industry to use the LOF more often to help expand and reinvest in their companies, and that in turn leads to the issue of recruitment – we must attract good fresh blood and such people must have a steady and profitable future.

We also have a number of other issues that strongly concern us in the salvage industry, which we are trying to deal with all the time through the ISU. For example 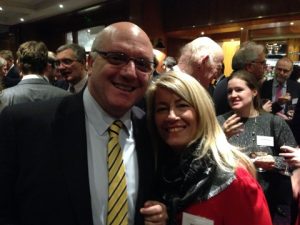 o The cost of WRECK REMOVAL has grown dramatically in the past decade. Wreck removal is a topic of much interest recently. It seems that the increasing influence of the authorities is the main driver of increased cost. 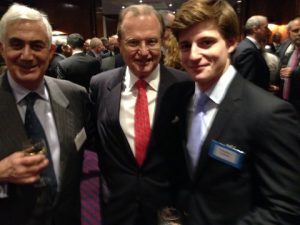 o There continues to be a risk of UNFAIR CRIMINALISATION of seafarers and those who respond to emergencies. We are not looking to excuse negligence but it is in no-one’s interest if responders are made risk averse or even unwilling to intervene in casualty situations. Set in the context of pollution prevention it is particularly troubling and there has been no real progress in the last decade.

o PORTS OF REFUGE:We very much like the British system of SOSREP – we will be pursuing this and speaking to governments and P&I clubs about this more and more.

o The challenge posed by so called MEGA-SHIPS increases both with the size of vessels and the number of these ships in the global fleet. So far we have not had to deal with a giant containership as a major casualty but the recent difficulties experienced by the Emma Maersk off Suez shows that they are not invulnerable.” 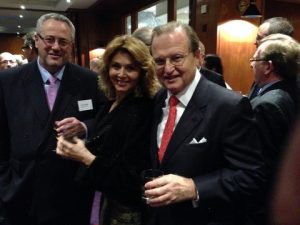 Other matters on which he touched were the piracy saga where he stressed that: “Of course another very serious topic which concerns the ENTIRE shipping world is piracy which has become a multi-billion dollar business so I am not sure if it is ever going to go away. Expand on this and mention the Captain Phillips film.” 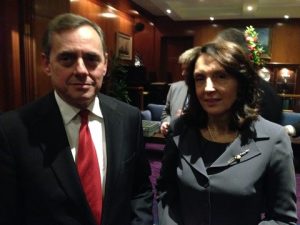 Then, on another topic, that of the Lloyd’s List Greek Shipping Awards in Athens the previous week “…we sponsored, once again, the Seafarers Award at the Lloyd’s List event in Greece. We do this every year because we believe the seafarers are the heart and soul of the industry and we must always support and protect them in any way possible.” 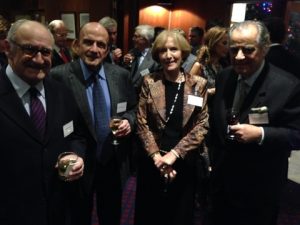 Then came a great moment, a unique moment in regard to the group’s founder, when Andreas Tsavliris touchingly said: “It is with great honour I announce my father’s induction to the Greek Shipping Hall of Fame this year. My father established the company in the early 1920’s when he arrived in Piraeus from Asia Minor as a refugee and was among the first shipowners who supported the development of Piraeus as a maritime centre. He became a leading owner of dry cargo ships but is most remembered for putting Greece on the international map for salvage operations. He never forgot his own humble origins and, during his lifetime, hundreds of people benefitted from his quiet generosity.” 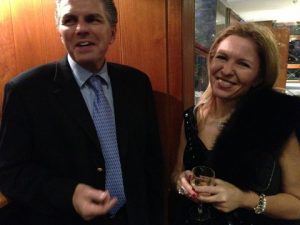 Gregory Sakkas and his sister Christina

The Hall of Fame began life in 2007 as part of the Lloyd’s List Greek Shipping Awards and now is an independent, non-profit organisation, dedicated to the dynamic Greek shipping industry and individuals who have helped to shape it. Today it includes 20 personalities who have made their mark in Greek and world shipping.

This evening, said Mr Tsavliris, “I have been asked by the SAILORS SOCIETY who are currently supporting many Filipino crew around the world, to remind you that they have three chaplains in service helping seafarers and their families. Their team is based in Cebu and are currently assessing what help they can give.” 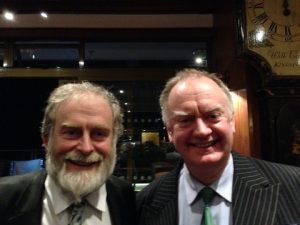 In conclusion, he said: “I’d like to thank all our staff in both offices, London and Greece, for all their hard work, commitment and loyalty they have shown us over the years.
May I take this opportunity to wish you and your families, on behalf of everyone at Tsavliris, a very happy Christmas and a Healthy and Prosperous New Year.”