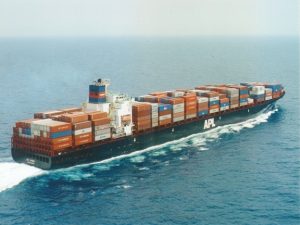 ATHENS, GREECE, December 16, 2013 – Diana Containerships Inc. (NASDAQ: DCIX), a global shipping company specializing in the ownership of containerships, today announced that on December 12, 2013 it signed, through a separate wholly-owned subsidiary, a Memorandum of Agreement to sell to an unaffiliated third party the 1996-built vessel “Spinel” (formerly “APL Spinel”) for demolition, with delivery due to the buyers by December 20, 2013, for a sale price of approximately US$9.65 million before commissions.

The previous charterers, NOL Liner (Pte) Ltd., have agreed to compensate the owner in full for the early redelivery of the vessel on December 1, 2013, until the minimum agreed redelivery date, January 15, 2014.