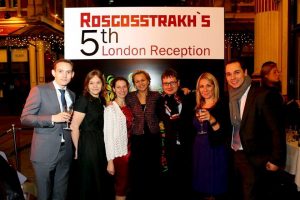 Executives of leading Russian insurance group Rosgosstrakh (known as RGS for short) thawed the evening chill as they welcomed 100 guests from all branches of the marine market to the company‘s fifth annual reception in the capital.

With Leadenhall Market – close to Lloyd’s and to the offices of many company underwriters and brokers – brightly illuminated in what seemed a magical pre-Christmas spirit, the Rosgosstrakh team had devised ingenious ways to create with a Russian accent a warm atmosphere for the party in Chamberlain’s Restaurant and forecourt. 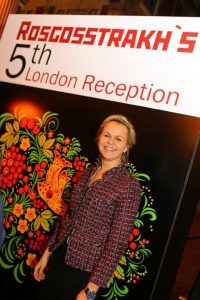 Warm was indeed the word: first in the form of greetings from Rosgosstrakh’s friendly executives who had just arrived from a frost-chilled Moscow; secondly in spectacular musical style by an accordionist, Igor Outkin, who performed in the courtyard before a grand temporary wall installation featuring traditional Russian floral painting;  and then with a cup of hot tea, laced for those who desired it, with Armenian cognac, served from a handsome samovar, one of those elegant pots the Russians use to heat water for their favourite table drink. 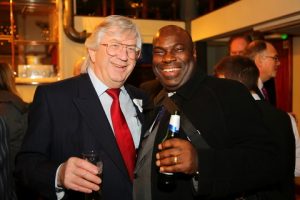 There was much appreciation of the vivid, bright flower patterns on the ‘wall, ’ forming a memorable backdrop for the scene. Such patterns are known as khokhloma, and traditionally decorate wooden tableware and furniture, endowing them with an artistic, folklore appearance. 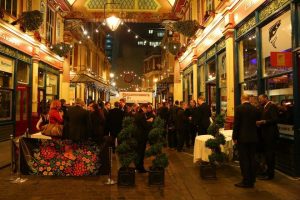 Leadenhall Market a bright backdrop for the reception

Konstantin Rogach, director of the marine division of the company, and Olga Lazovskaya, deputy marine director and head of the P&I department, delivered the formal welcome to the guests – “our valuable London partners, ” as they put it. They said that having left the early winter frosts of Russia, they greatly enjoyed being in the open air on the terrace, warming up with tea and accordion music. 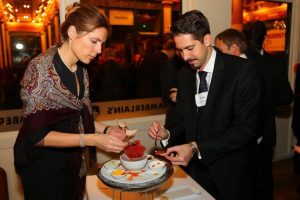 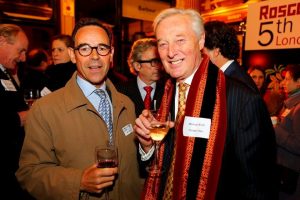 Inside, from a balcony in the bar, warmth was emanating, too. The acclaimed soul and blues band Reuben Richards & Soul Train pounded out their repertoire and by special request from the Rossogstrakh team performed jazz variations of some traditional Russian songs. Reuben has been described as “one of the coolest performers on the planet, ” and the band are regulars at the Boisdale clubs in London. 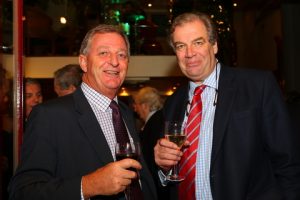 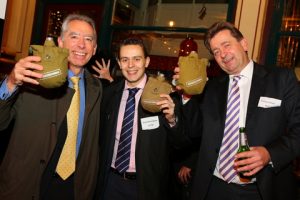 Mr Rogach and Ms Lazovskaya invited the party to explore the vodka tasting on offer. They had brought RGS souvenirs – military water bottles which could be filled with vodka right from the samovar. Shortly afterwards bowls of delicious caviar of various types were served: all in all, a true Russian evening!

RGS has now provided pleasant and amusing surprises at each of its five London receptions to date, which have been put on in various popular venues. The insurer had  written in its invitation to the November 28 1013 event: “We have lots to celebrate: RGS passed its 90th anniversary two years ago, and our fifth reception in London is further evidence of our growing confidence and connections in the London market.” 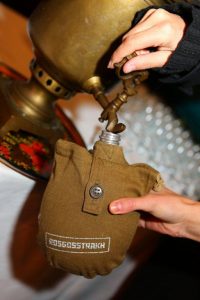 refreshment from the samovar

No sooner back in Russia, the marine division emailed a message to all its guests: “It would never have been the same – in fact our event could never have taken place – without your esteemed support for our team that you have been delivering all these years.

“We are sure, ” the message continued, “that we shall have the privilege of continuing excellent business relationships with you and with all our friends in the London market, and are looking forward to welcoming each and every one of you to our sixth London event at the same time next year [in 2014]!” 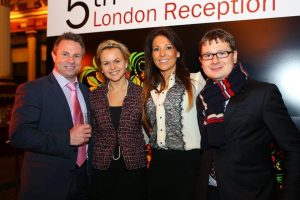 Earlier in 2013, Rosgosstrakh increased its P&I capacity up to limits of $500m in line with some of the best terms available on the international P&I market. 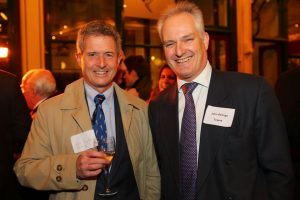 Starting its P&I offering from a fairly modest basis in 2008, RGS complemented its many products related to hull and machinery cover. The P&I facility is supported by the Lloyd’s market, and by comprehensive claims handling, loss prevention support and tailor-made underwriting. 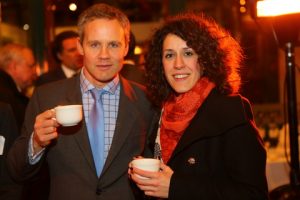 Jonathan Macey  and Tania Bourla (both of Tysers)

The increase in P&I limits was inspired by the success of the initiative, which has attracted more than 1, 200 vessels.
The company said in a circular in May: “We truly believe that this determined focus on client requirements will allow RGS to continue to grow carefully its client base and to expand its services.”

Your third picture does not show Tim Madge of Mediterranean Average Adjusting Co, it is me, Tim’s business partner, Robin Aggersbury.
Can you correct the title please?