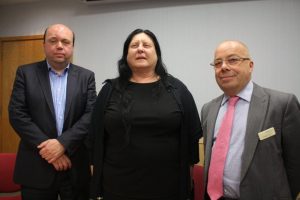 What is it that is often invisible but may be worth billions of dollars, and make or break commercial enterprises?

The answer is intellectual property, which manifests itself in tangible and intangible forms of assets. Even the international pioneers who have identified its pivotal importance in the modern world say that it is getting more complex to track, and to monetise what innovators are up to.

With research and development spending in China and India combined surging to 20% of the global total in the last five years, and western economies getting more reliant on Asia, experts contend that a global approach is urgently needed to the whole question of intellectual property rights and innovation.

This contention is precisely what is at the core of a just-published masterwork on the subject – Intellectual Property Valuation and Innovation: towards global harmonisation – in which a series of specialists analyse the dramatic developments in attitudes and practices in relation to intellectual property valuation and innovation.

The editor of the book, Prof Ruth Taplin, who herself is a leading strategic commentator in this field, has assembled nine packed chapters each written by a guru in his or her area, ranging from technology to health to shipping. They confirm that valuation is increasing in complexity, whether in the residual value of maritime assets, or in financial services products.

A key feature of the volume, the 18th book to date edited and/or authored by Prof Taplin, is that it threads through many disciplines to stimulate greater understanding of the buzzing world of innovation, as it asks how the US legal-economic model, with its short-term outlook, and the more family-oriented ethos of many companies in Asia, will handle the shock of mutual conflict.

It is certainly timely to publish a book of such kaleidoscopic range. Asian countries are leaping to the top of child education indices, while individual American innovation ‘mavericks’ continue to make fortunes as they transform the technology and energy world. China is reawakening its historic skills for invention and innovation, although it has yet to get on top of copyright piracy. The UK government is controversially becoming deeply entwined with Beijing in investment and services, raising questions of how the differing commercial and political interests can mesh. 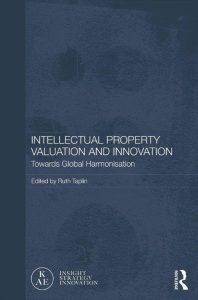 Prof Taplin, director of the Centre for Japanese and East Asian Studies, told a City event on November 28 2013 to launch the book that identifying intellectual property is “such an inexact science – in fact it is not a science at all, it is an art. It is an immensely difficult thing to value an intangible asset, and even more difficult when you have to do it on a cross-border basis.

“On the one hand, ” she said of the sphere of intellectual property, “it is progressing towards a universal standard, and on the other it is going in the opposite direction to universal, because of cultural concepts, and how things are valued in different countries.”

She offered as an example of this dichotomy the brand Coca-Cola, which was difficult to value because attitudes towards the beverage varied from country to country. In South Korea the essence of the brand diminished because Coca-Cola was used as a generic term in much the same way that the word Hoover is frequently used to mean any vacuum cleaner. In India and South Africa because many people drink Coke the brand value is diminished because it costs less than elsewhere. In North America there is a lot of consumption of Coca-Cola but the brand value is high because the cost is high relative to other countries.

Turning to the popularity of the ‘open source’ model that gives unfettered access to products and designs, Prof Taplin asked: “Do we go with open source where patents and ideas are given away free ‘and everyone benefits, ’ or will that kill the incentive for people to invest? Is value creation intangible?”

She commended the chapter written by Victor Bartenev, “possibly the only physicist/economist in Russia, who has come up with a novel proposal for a value added tax on a universal basis, in proportion to the use of energy.” He works through a series of algebraic formulae to elaborate a VAT system that could be used globally based on energy use, a key thesis, said Prof Taplin, “because energy is at the bottom of every transaction. This could be a viable way of creating a global tax system. It is an amazing idea to stabilise the world economy.”

Prof Taplin was adamant that “the maritime industry… can teach us a good deal about innovation and valuation. We have to remember that the maritime sector was the first to have a universal law. Many branches of law do not have universal application, but maritime law has that because it serves a global industry.”

Speaking highly of the contribution of Steve Allum, of London-based Renaissance Risk, she said that one of the biggest problems for maritime operators was predicting the value of their most important asset, the ship. Forecasting residual value (the expected value of the used physical asset at the end of its lease) several years in advance is fraught with difficulty, said Prof Taplin. Mr Allum had offered much insight into how a vessel’s value could be analysed and protected with insurance.

In the context of a clash of business cultures, Prof Taplin referred to the Apple-Samsung court battles in California. In a dispute which is expected to go to appeal, a retrial jury has ordered Samsung to pay $290m to Apple for infringement of patents in its smart-phones and tablets. An earlier jury had assessed the damages at $1.05bn – and there is another colossal sum, of $598m, which was not at issue in the retrial. Prof Taplin said: “You can see how difficult it is to value intellectual property.”

Dr Tim Jones, founder of Future Agenda, who wrote a chapter entitled Future Innovation & Intellectual Property for the new book, said that innovation, centred around product development and technology, was rapidly spreading beyond the old boundaries. That so many ideas are mutating from one industry to another means you have to have as much awareness of what is happening outside your sector as inside it. “There is so much stuff coming out of left field, ” he said.

He cited the success of Arm, the Cambridge designer of microprocessors, whose chip designs power most smart phones and tablets. Arm was a new type of company making its revenue purely out of intellectual property.

Dr Jones reminded the audience that, in the field of music recording, a file of a single by for example  Beyoncé or Lady Gaga could be downloaded anywhere and “there is no way of putting it back in the box.” People might say “that is just music, ” but that model of easy access was applying increasingly elsewhere.  Dr Jones described how company structures were changing, with major enterprises like Microsoft employing many thousands of its work-force on a freelance basis.  He said that innovation firms would not be worried about those people taking their acquired knowledge elsewhere – “they are more concerned about the next big idea than the last big idea.”

Dr Jones writes in his chapter: “Although the end of IP has been on the cards in some sectors for several years, it has now become a more widespread concern. Just as new business models have challenged copyright in the music and education industries, many see that global regulation will fail to keep up with digital collaborative platforms for innovation and production.”

Graham Morgan, partner and head of innovation at Kingston Smith LLP, an advisory firm to owner-managed businesses, outlined the UK tax incentives available for intellectual property initiatives. He said that the Government considered it a good idea to use the tax system to stimulate innovation. To qualify, research and development products had to have a scientific or technological advance “with some uncertainties” involved.

It was estimated that only 60% of small and medium enterprises that could claim tax relief for research and development were doing so.  Mr Morgan said that a special UK tax scheme named Patent Box to encourage patentable technology came into force in April 2013, allowing for a reduced rate of corporation tax related to patented technology in the UK and many other European jurisdictions. This had met opposition from Germany in particular as allegedly violating several provisions of the European Union code of conduct on tax.

It has since been reported that European Union finance ministers at a meeting on December 10 2013 took no immediate decision on the UK scheme, inviting what is known as the EU Code of Conduct group to examine all ‘patent boxes’ in the community by the end of 2014.

Mr Allum, founder of Renaissance Risk, and who has been chairman of marine global practice at broking group Aon and later a senior executive at JLT Specialty, analyses starkly in the book the downturn in shipping of the last few years. In his hard-hitting chapter on residual value insurance in the maritime sector, he warns of the “dangers of a vacuum of value information, ” saying that value dislocation features prominently in negotiations between shipowners and banks. As the market has worsened, borrowers have begun to challenge valuations.

Mr Allum calls for new ways of valuation to be created so that shipowners can plan for, among other activities, buying ships.

He writes that risk management still seems to be viewed by many in shipping as a dark art that should be shunned, but shipowners who want to prosper might do well to revisit the management of financial risks. Among tools available are charterers’ default insurance, and residual value insurance. He insists: “The message is not to be afraid of the ‘dark arts, ’ and carry out good risk management which will help with credit financing and public listing of a company, and make it possible to ride out even the ‘perfect storm.’” Residual value insurance provides the asset owner and financiers with asset value certainty at a pre-determined time in the future – it is an invaluable means of balancing exposures and removing asset risk from the balance sheet, Mr Allum asserts.

Speakers at the book launch were introduced by Jon Dawson, a partner at Kingston Smith, which sponsored the event.

Port of the month: Port of Barcelona