Right to Sue for Unpaid Deposit 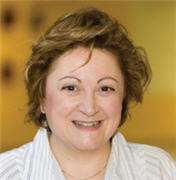 The use of deposits is an ordinary incident of  commercial life and shipping is no exception.  Every buyer knows that, once he has entered into a  contract which provides for a deposit and does not perform it, he will be liable to pay that deposit (or lose it if already paid). The buyers in Griffon Shipping LLC v Firodi Shipping Limited [2013], however, sought to take advantage of a provision of the Norwegian Saleform 1993 (NSF93) in order to avoid the obligation to pay the deposit.

Background
The sellers agreed to sell the MV “GRIFFON” to the buyers for USD
22 million on NSF93 terms. The Memorandum of Agreement was
signed on 1 May 2010, and the 10% deposit (of USD 2, 156, 000) was payable
on 5 May 2010. The buyers failed to pay. The sellers therefore terminated
the contract for repudiatory breach and sued the buyers for the deposit.
The buyers argued that the sellers were not entitled to the deposit, but
only to damages representing the loss of the value of the vessel in the
intervening period which was said to be USD 275, 000. That argument was
made on the basis of NSF93 clause 13:
“Should the deposit not be paid in accordance with clause 2, the Sellers
shall have the right to cancel this Agreement, and they shall be entitled
to claim compensation for their losses and for all expenses incurred together
with interest. 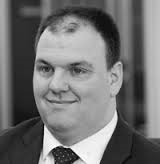 Should the Purchase Price not be paid in accordance with clause 3, the Sellers
have the right to cancel the Agreement, in which case the deposit together with
interest earned shall be released to the Sellers. If the deposit does not cover
their loss, the Sellers shall be entitled to claim further compensation for their
losses and for all expenses incurred together with interest”
The buyers’ argument was that the first part of the clause referred to
damages but not the deposit, whereas the second part of the clause referred
to both. Accordingly, the sellers could retain the deposit if paid but, if the
deposit was not paid, they would be limited to compensation.

Decision of the Arbitral Tribunal
The matter was submitted to arbitration and the Tribunal accepted
the buyers’ argument that only damages were payable, restricting the sellers’
recovery to USD 275, 000.

– If a party is to forego the right to a deposit, clear express words must be used. The first part of clause 13 does not “spell out the consequences” of the buyers failing to pay the deposit on time, and does not contain a clear express provision that the sellers are to lose the right to sue for the deposit. In addition, the word “compensation” is broad enough to cover compensation for failure by the buyers to pay the deposit.

Implications of the Court of Appeal’s Decision
In confirming the Commercial Court’s ruling, the Court of Appeal has
supported a decision that is in accordance with accepted commercial
practice with regard to deposits. The decision also assists in clarifying
how clause 13 of the NSF93 apply where deposits have not been paid.
However, it is easy to see why the Tribunal came to the conclusion that
they did. Clause 13 could have been drafted more clearly. As the NSF93
continues to be the preferred form for the sale of vessels, its users would be
well advised to clarify how clause 13 is intended to operate with regard to
the consequence of non-payment of deposits. Users of the 2012 Norwegian
Saleform should also take note, as clause 13 is set out in identical terms
to clause 13 of the NSF93.

Camposol Holding to be delisted from Oslo Axess

US trade balance with China improving on higher...