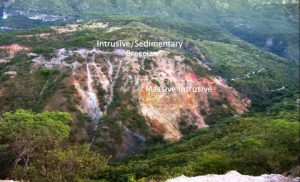 Chesapeake Gold Corp’s Mexico gold and silver project could make it into top ten mines in the world,  By James Brewer

A gigantic new gold and silver mining project is taking shape in Mexico. Listed on the TSX-Venture exchange, development company Chesapeake Gold Corp (symbol CKG.V) is progressing its flagship Metates property which could eventually become one of the top 10 mines globally for both gold and silver.

Metates is one of the largest precious metals deposits not controlled by a major company, and the aim is to put the substantial asset into production from 2018.

Wholly owned by Chesapeake, Metates is located in the mining-friendly Durango, Mexico. The country has long had a world lead in silver output and is a significant gold producer.

In an end-of-year message to shareholders, Chesapeake’s president Randy Reifel said: “At a time when resource nationalism poses key threats to our industry, it is a strategic advantage that Metates is located in one of the best mining jurisdictions in the world.

“World class, long-life open pit gold and silver mines are rare.  The Metates project is vital to the precious metals industry where reserves are rapidly being depleted and significant new discoveries are scarce.”

The plan is to make full use of what Mr Reifel describes as “excellent’ regional infrastructure. All the mining equipment will be brought in via the deep-sea port of Mazatlan or the smaller port of Topolobampo. A Mexican government-built natural gas pipeline is being routed down the country’s west coast 45km from the proposed mine’s process site. 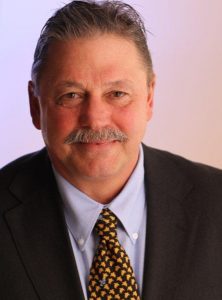 Mr Reifel is also a director of Goldcorp, which has a stake in Chesapeake Gold. Toronto- and New York-listed Goldcorp is one of the world’s fastest growing senior gold producers. Since the mid-1990s, the management team of Chesapeake discovered two world-class gold mines, both now operated by Goldcorp.

Mr Reifel set Chesapeake’s activity in the context of the global market.  He said: “The volatility in the precious metals market in 2013 resulted in another difficult year for the gold mining industry.  The price of gold has declined 25% this year and the TSX gold index is down over 45%.  The underperformance by gold equities and market sentiment led to significant investment fund redemptions and a general liquidity exit from the sector.”

As far as Chesapeake was concerned, “we firmly believe a premium value will be realised for a scarce asset in a preferred place in an improving gold market. To this end, we are fully funded to move Metates through to full feasibility [study] together with baseline environmental, economic and social work for mine permitting.”

In February 2013,  Chesapeake published a positive pre-feasibility study by industry experts, which it saw as a major milestone.  The report “confirmed our belief that Metates is expected to be one of the largest gold and silver mines in the world, operating at below industry average costs, ” said Mr Reifel.

Debt-free Chesapeake is well financed with a treasury of $35m, which should be sufficient to complete the scheduled full feasibility study in 2015.

Mr Reifel, accompanied by Mike Devji, marketing consultant to Chesapeake Gold, was in London and other financial centres in November to meet investors. Mr Devji, who has been involved in several successful precious metals enterprises, said of Metates: “It is a project that has extremely good management, a world-class asset and well funded balance sheet.”

Citing the pre-feasibility figures for proven and probable mineral reserves of 18.5m ounces of gold, 526m ounces of silver and 4.2bn pounds of zinc from an open pit mine, Mr Devji said: “These are world-class numbers. I have become a very substantial shareholder in Chesapeake.”

Other economic measures of the orebody include potential average annual production from years two to seven of 845, 000 ounces of gold, 25.1m ounces of silver and 190mpounds of zinc, at an average gold equivalent cash cost of $355 per ounce, net of zinc credits.

An expected mine life of 25 years would make Metates one of the largest future gold and silver mines in the world. The site is at the headwaters of a large drainage system – an important factor now that water is becoming a very dear and unpredictably available commodity for mines. The company will be able to capture river run-off and store it in a reservoir for mine operations.

Mr Reifel said in London that although China is the world’s leading gold producer, their gold mines, as is the case with North American senior producers, are maturing and pipelines of commodity supply have to be replaced.  “There is a clear mandate to buy gold offshore, ” he said of China. Mexico is the world’s 10th largest gold producer and set to rise slowly up the league table; it has for many years been the leading producer of silver.  In zinc, it is seventh. Once in production, Metates could be one of the top 20 zinc mines in the world; for 25 years, producing 64, 000 tonnes of high-grade 99.9% pure ingots for direct sale.

In the last five years, there have been two world-class gold mines built – Oyu Tolgoi in Mongolia, and Pueblo Viejo in the Dominican Republic. Central banks have turned into buyers of gold, but a big factor has been investment demand, primarily from China and India.

Mr Reifel regards Mexico as one of the best jurisdictions in the world to permit and construct a mine because of a streamlined bureacracy, available skilled labour and other inputs such as steel and cement.

Mr Reifel said that another important company goal in 2013 was to develop a pipeline of high quality projects near Metates, and the company had advanced two poly-metallic projects “that demonstrate the potential for a new significant discovery.”