A remarkable maritime heritage in the central European city of Košice… 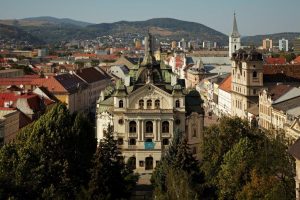 A remarkable maritime heritage in the central European city of Košice, a Slovakian destination now directly accessible by air from London,  By James Brewer

One of central Europe’s cultural and business centres, hundreds of kilometres from the sea, has a close association with one of the greatest marine engineers and architects of all time. The eastern Slovakian city of Košice is the birthplace of Béla Gerster, the man behind the huge feat of constructing the Corinth Canal, and whose expertise did much to arouse investor enthusiasm for the 19th century French plan to build a Panama Canal, a venture that through no fault of his was financially futile. 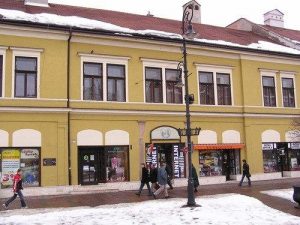 In the last few weeks, Košice has sprung into prominence thanks to a thoroughly modern means of transport. The city is now within easy reach of London, after the airline Wizz Air launched a route between Luton Airport and Košice – which, having been a European Capital of Culture 2013, plainly has multiple attractions for the visitor. Wizz Air is flying its first Slovakia route five times a week, and reports healthy demand in both directions. 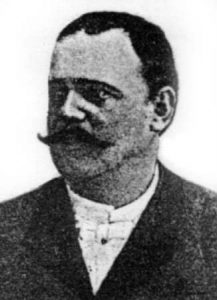 Renáta Lenártová, who chairs the Košice regional tourist board, says that the new Airbus 320 connection will help open new horizons in the long-term cultural and tourist potential of eastern Slovakia, including the Tatra mountains.

The launch added to a spirit of optimism as the Slovak Tourism Board and seven co-exhibitors, including the city of Košice, joined in a strong showing at the business-to-business exhibition, the World Travel Market, at the ExCel Centre in London in November.

Although rarely celebrated today, the engineer Béla Gerster (1850-1923) at a young age took on the ambitious design project 1, 200 km (Corinth) distant from his home, and advised on an even more globally important project 10, 000 km away (Panama). 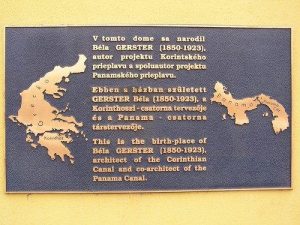 The memorial plaque to Béla Gerster at his birth-place

Born at a time when Košice was administratively in the Habsburg empire as part ofthe Kingdom of Hungary, Béla Gerster was commissioned after graduating from Vienna Technical University to draw up plans in 1881 for a 6.3km long Corinth Canal, when the Greek government of the day revived a dream, first pursued in AD68 by Emperor Nero, to dig a channel from the Gulf of Corinth to the Aegean Sea.  The construction concession was won by a friend of Suez Canal builder Ferdinand de Lesseps, the Hungarian General Istvan Türr, for whom Gerster for 11 years was chief engineer at Corinth, and incidentally found time to lay out a railway line from Athens to Larissa.

As an even younger man, Gerster had taken part in expeditions to research the best route for the proposed Panama Canal, defining in 1876 a course from Panama to Colón.

Nearer to his home, this engineering titan administered works on the Danube-Tisza Canal, perfected water-supply systems, and designed and built 13 railway lines. 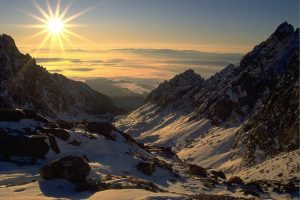 He is rightly commemorated by a memorial plaque at the Greek waterway, and with a similar tribute in Budapest. And naturally, at his birthplace at Hlavná Street number 9 in Košice, a memorial reads “This is the birth-place of Béla Gerster (1850-1923), architect of the Corinthian Canal and co-architect of the Panama Canal.”

Nearby is a statue of the great man, and if not deliberately seeking it out, many people come across it when exiting from Košice‘s underground archaeological museum after inspecting the remains of one of the original 13th century gateways to the city and other fortifications.

For long, Košice has been at a commercial crossroads for much of Europe. The city – the largest in the Carpathian region – occupies the Košice Basin formed by the wide valley of the River Hornád. Today much of its leisure, artistic and tourist life centres on a medieval square and a 1km-long pedestrian promenade lined with heritage-protected buildings in Gothic, Renaissance, Baroque, and Art Nouveau styles, and Slovakia’s biggest place of worship, St Elisabeth Cathedral. Off this strolling street,   in narrower lanes are craftsmen’s houses, churches, and charming smaller squares. 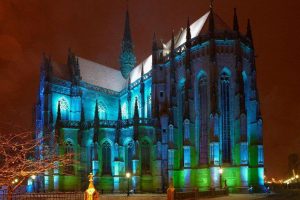 The place has had a genius for producing engineering geniuses, among them Aurel Stodola (1859 – 1942), whose lectures had an eager Albert Einstein in the audience. Stodola is celebrated at the Slovak Technical Museum in Košice, for his pioneering work on thermodynamics and its applications in gas and steam turbines. Further, he is credited with developing the first artificial limb, known as the Stodola arm. At the age of 80, he led a team at Brown Boveri in the first test of a gas turbine to generate electricity. More stars can be seen at the technical museum – by popping into the planetarium there.

For a golden experience, visitors enter the Východoslovenské Múzeum (East Slovak Museum) to admire a gold cache discovered in 1935.  It is believed that the treasure, all 11.5kg of it and including 2, 920 gold coins, three medals and a Renaissance chain, was hidden in a house shortly after 1679 during anti-Habsburg uprisings. Golden experience number two is at the pavement cafés – sipping a cocktail called Košické Zlato (Košice Gold). 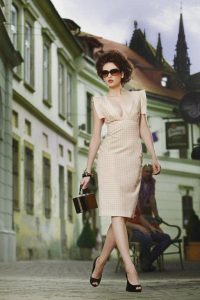 Other fascinating buildings include the House of Art, which is a former synagogue with walls bearing inscriptions of the former large Jewish congregation; remnants of the medieval city including the Executioner’s Bastion; Jakab Palace; and  Mikluš Prison.

Winning in 2008 the accolade of European Capital of Culture 2013 led to the renovation of several sites as arts centres, yielding a splendid legacy for 2014 and onwards.  This has provided plenty of venues for the good many festivals ranging from music, arts, theatre, fashion, food and wine, to Jewish cultural programmes, that enliven the city and region throughout the year.