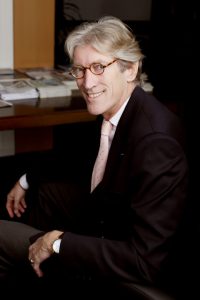 ROTTERDAM-based law firm AKD says recent guidance handed down by the European Court of Justice which rules that off-spec fuel oil does not have to be handled as waste is a triumph of common sense which will be welcomed by all suppliers of fuel oils and bunkers. Shell Nederland and Shell Belgium were disputing a ruling by the Dutch environmental authorities (ILENT) which wanted to force them to handle a parcel of diesel oil rejected by a Belgian client as waste, when in fact Shell intended to up-blend the fuel to specification for selling on.

Carel van Lynden, a partner with the shipping and offshore team at AKD in Rotterdam,  says, “This is a good decision for bunker suppliers. This case reverses the very strict interpretation which ILENT had placed on off-spec bunkers. By insisting they were classed as waste they invoked all sorts of domestic and EU regulations for their handling which imposed disastrous and totally unnecessary costs on the bunker industry.

The EU court ruling will have a major impact in the key North Europe bunker hub of Rotterdam where a lower Dutch court and subsequently ILENT had interpreted EU Regulations (259/93) which describe ‘waste’ as a substance or object …which the holder discards or intends or is required to discardliterally with respect to off-spec bunkers.

Says Van Lynden, “The problem is that when off-spec bunkers are defined as waste, all sorts of environmental regulations kick in. For storage, transportation, blending and recycling of waste prior permission from ILENT is required. Such permission will only be given to a licensed waste collector or processor. A regular bunker supplier cannot take the bunkers back unless it has such licenses, which of course it has not. So the value of the off-spec bunkers to the supplier drops to nil, and extensive costs have to be incurred for debunkering and processing.

This literal interpretation of EU waste regulations has resulted in odd situations. For instance bunkers with an aluminium/silicon content of 82 (80 being the 2005 industry standard), which were refused by a vessel could only be debunkered by a licensed waste collector. The normal practice in the Netherlands until then would be  debunkering by the supplier, blending with a parcel with a lower aluminium/silicon content and resale on the market. There has even been a case where the master of a vessel wanted to reject high sulphur fuel because low sulphur had been ordered, and where, for the mere reason that the master wanted to “discard” the perfectly sound high sulphur fuel it was qualified as waste.

The European court came to the rescue of suppliers in December. In cases C-241/12 and 242/12, the court has ruled that such literal interpretation is wrong. The case concerned contamination of a parcel of ULSD with remnants of MTBE. As a consequence, the flashpoint became too high, and the ULSD was therefore off spec. This was discovered when the parcel had been delivered to the buyer in Belgium. The buyer requested Shell to take the parcel back. Shell did that and re-transported the parcel to the Netherlands for up-blending to specification.  ILENT found out and qualified the parcel as waste.

In subsequent proceedings before the court of Rotterdam, Shell argued that the qualification as waste was wrong because ILENT was misinterpreting the EU Regulations. The Rotterdam court asked the European Court to give guidance. The European Court ruled that, in determining whether a substance is waste, one should take into account whether that substance is still of use to the holder. In the Shell case the parcel had no use for the Belgian buyer, but that was not decisive: the buyer handed the parcel back to Shell against repayment of the purchase price. The buyer did not ‘discard’ the parcel in the sense of the Regulation, i.e. a manner of discarding which is detrimental to the environment. The fact that the parcel retained a considerable value was of importance. Shell took the parcel back for the purpose of up-blending it to specification. The European Court decided that the strict waste legislation does not apply to cases like this, where the parcel can easily be reconditioned and will be resold for a considerable value.