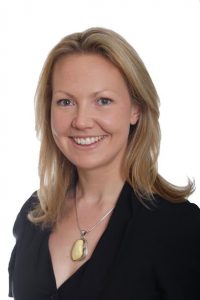 With the arrival of mega-container vessels into the shipping market, many questions have been asked about the shipping industry’s readiness to deal with the repercussions of a casualty involving a vessel of this size.

There is a growing drive in both the salvage industry and insurance market to try and find a practical financial solution to the challenges presented by major casualties of the new generation of mega- containerships. The general average principle of cost sharing with the aim of minimising losses as far as possible is a sound one. But it is the mechanics and cost of how to carry out this process when there are far more cargo owner interests that raises many questions. The procedures for general average have largely been unchanged for many years and arguably have not kept up to date with the increasing size of ships and number of parcels. This is very much a live issue, illustrated once again by the recent containership casualty of the MOL COMFORT, which would have presented huge ramifications for the market and a potentially enormous general average claim had the two halves not sunk.

There is a fear that the current practical difficulties of obtaining general average security for all those involved in major general average incidents and the cost and time of doing so render the current system impractical. Alternative insurance products available at the moment are not suitable for the inevitable casualty of one of these mega-containerships, where the general average values may be so high that they would exceed policy limits. One possible solution to this would be to expand the general average absorption clause in the H&M Policy but this would still mean that any general average claim would be recorded under the H&M policy and thereby impact future premiums, which will harden shipowners’ rates requirements. Alternatively, which may be more beneficial to shipowners, a separate general average insurance policy could be taken out which would cover all claims beyond the H&M absorption clause.

The Swiss Re led Landmark Consortium is currently looking at an insurance policy to replace the traditional approach to general average for large containerships. This obliges the shipowner to assume cargo interests’ liability for their proportion to general average/salvage guarantees. The Landmark Consortium’s idea is to replace the cargo interests’ contribution to general average by a US$500 million insurance cover, bought by the shipowner. Each container would be covered for a notional value of US$30, 000, the cargo value agreed at the time of sailing rather than when a casualty occurs. With a limit of US$500 million, the total cover on offer would be suitable for vessels carrying up to 16, 666 TEU.

The proposed policy provides for one guarantee for cargo interests with the knock-on effect of a smaller administrative burden to both salvors and average adjusters and should allow the immediate release of undamaged containers at a safe port. The insurance would also provide cover for those consolidated and uninsured containers.

It remains to be seen whether this proposed marine insurance general average solution will be accepted by the market and, if so, what repercussions it will have.