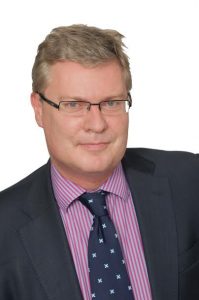 After much to-ing and fro-ing between the English High Court, a Greek court, the Court of Appeal in London and the Supreme Court, we now thankfully have some clarity around the issue of the finality of an English settlement agreement. In a landmark decision the Supreme Court has ruled that an English settlement agreement should bring a full stop to a dispute and should not be capable of being unravelled by a foreign court.

The facts of the story have been well publicised: after the sinking of the ALEXANDROS T, owners Starlight Shipping Company became embroiled in a bitter dispute with its insurer, launching a claim against them in the High Court in London in 2006. The case settled for 100% of the principal sum claimed. Subsequently Starlight issued a fresh claim against the insurers in Greece, sending a shock wave through the London insurance market, where their action was seen as potentially undermining the very concept of finality (key to legal and business certainty) in settlement agreements. Starlight was using arguments that evidence had been fabricated and witnesses bribed in the course of the English proceedings, to persuade the Greek court to review the circumstances of the case and effectively unpick the settlement agreement. In response, the insurers sought the assistance of the High Court in enforcing the settlement which was in turn resisted by Starlight who applied for these English proceedings to be stayed while the Greek proceedings were ongoing. So a classic turf war over the jurisdiction of the dispute. The High Court concurred with the insurers and stayed the Greek proceedings, but the to-ing and fro-ing continued with the Court of Appeal reversing this position. The insurers then took the matter to the Supreme Court, which issued its judgment late last year.

The sound of the insurance markets breathing a collective sigh of relief is audible. In its judgment the Supreme Court underlined that it was important not to prevent a final decision of the English court where this was the jurisdiction that governed the contract. “Once there is a final judgment of the English court, it will be recognisable in Greece, as elsewhere in the EU and will assist the Greek courts.” The Supreme Court determined that Article 27 of the EU Jurisdiction Regulation, which obliges any Court other than the first seised (in this case Greece) to order a stay, did not apply because the English and Greek proceedings did not involve the same “cause of action”. This is a highly technical argument, and possibly the result is counter-intuitive to what the man on the street would have thought, but this was an essential determination if there was to be a victory for common sense in this case. The outcome is that both proceedings can in theory continue, but the Greek action is now pointless as any recovery will be automatically indemnified in England.

Commentary so far on the long term impact of the ruling has focussed on the point that it increases certainty and confirms that English settlements cannot be unravelled easily by a foreign jurisdiction. But is the position really as well shored up as many commentators would have us think? Looking at the detail of the case it was actually a very close call. The critical question was whether the two arms of the dispute – ie a) upholding the settlement agreement in contract, and b) seeking tortious damages effectively on the basis that the action that led to the agreement was tainted by fraud – were completely separate causes of action, or whether they were actually part of the same one. The Supreme Court decided they were separate causes of action, which is the main reason it determined the case in the way that it did. But the facts would not have to be that different in another case for the court to come to a different conclusion, at which point we could well find ourselves in a similar position to where we were after the Court of Appeal’s decision in this case. For example, fraud could make the settlement voidable, or the jurisdiction in the settlement agreement might not be expressed as exclusive. Also, what gave this case extra dimension is the fact that damages for late payment by insurers are not available in England (unlike in Greece), whereas the Law Commission looks like it may change that. Further, not all settlement agreements will be subject to English law and jurisdiction: if they are subject to another law or jurisdiction, all the questions that were examined in the chain of proceedings we saw in the Starlight case might be viewed differently elsewhere, in any country in the EU.

Yes it certainly is good news that we have some more certainty about the integrity of settlement agreements in England, but perhaps this is not the last word we have heard on these issues.

This article was first published in The Lawyer on 2 December 2013 and is reproduced with permission.

A quick news break with the BDA