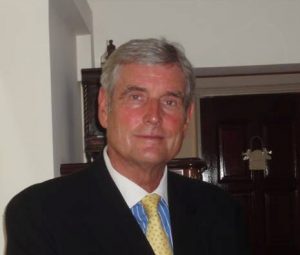 Baltic Exchange Chief Executive Jeremy Penn said: “We’re delighted to welcome Chris Jones to the team. The Baltic Exchange’s presence has grown significantly in Asia with our Singapore office leading the drive. More of the Baltic’s freight market information than ever before is produced from Singapore. Philip Williams has played a key role in establishing our Singapore presence and we wish him all the best in his retirement from April.”

A shipbroker with over 40 years of experience, Chris Jones has previously held positions at Clarksons, SSY, Wallem and Island Shipbrokers. He is married and has three children.

Tackling the continuing problem of piracy