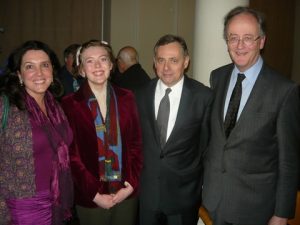 Despite the rain and above all the tube strike et al, which created havoc in the British capital last night, a full house at King’s Great Hall, heard and applauded Professor Robin Lane Fox* who delivered one of the best lectures** of its kind – the product of decades of studies and interest in this unique subject. John Faraclas reports with pictures too:

The lecture, as in all Runciman lectures, was preceded by Orthodox Vespers in the University’s unique chapel on the first floor. It was all about the natural world encountered by Alexander the Great and his army on their campaign through Asia, their interpretations of it and their impact on it. Darwin must have got a lot out of all this…! Sending all the various species of the then natural world  to Aristotle was something none has ever thought at that time in human history and world order, showing the other, another side one of Hellenism’s real great leaders! 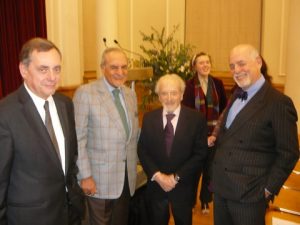 The speaker was introduced by Prof. Robert Beaton, director at the Centre of Hellenic studies at King’s College and Bettany Hudges, the well known historian, writer and broadcaster, warming up the audience for a great night!

This year’s Runciman lecture and the splendid reception that followed  – until late due to the networking, yes networking of the guests, was sponsored once again by Nicholas and Matti Egon whose contributions for the shake of humanity, education, science, history and art are second to none!! 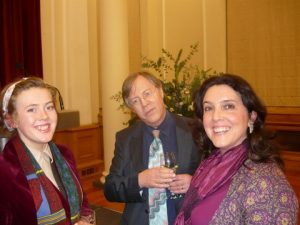 His major publications, for which he has won literary prizes including the James Tait Black Award, the Duff Cooper Prize, the W.H. Heinemann Award] and the Runciman Award, include studies of Alexander the Great and Ancient Macedon, Late Antiquity, Christianity and Paganism, the Bible and history, and the Greek Dark Ages. 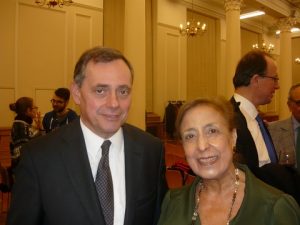 The Greek Ambassador with Matti Egon-Xylas

He was educated at Eton and Magdalen College, Oxford, of which he was a Fellow 1970–73. Like his fellow historians Paul Cartledge and Alan Cameron, and philosophers Terence Irwin and John McDowell, he was an undergraduate student of G.E.M. de Ste. Croix, whom he succeeded at New College in 1977 after a lectureship and Fellowship at Worcester College, Oxford. 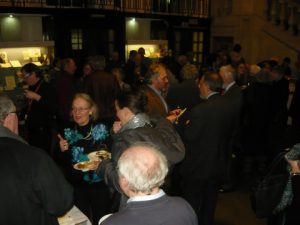 A view from the reception..

He was historical advisor to the film director Oliver Stone for the epic Alexander. His appearance as an extra in cavalry manoeuvres, in addition to his work as a historical consultant, was publicised at the time of the film’s release. Lane Fox has expressed trenchant views on the relationship between Ancient Macedon and the modern “Republic of Macedonia” officially known as FYROM. 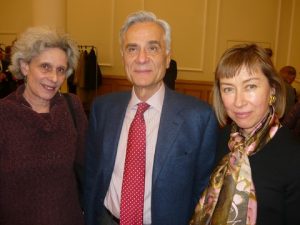 He wrote and presented Greek Myths: Tales of Travelling Heroes, which was first broadcast on BBC 4 back in 2010
Lane Fox is the gardening correspondent of the Financial Times and an outspoken opponent of garden gnomes.

Some of his masterpieces:
Alexander the Great, The Search for Alexander, Pagans and Christians: In the Mediterranean World from the Second Century AD to the Conversion of Constantine , Better Gardening and many others.

**as soon as we have his paper, we will insert the link in the site.-