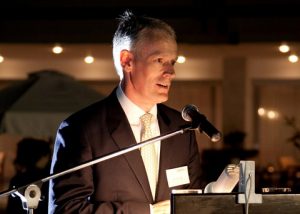 The ‘A’ rated North P&I club achieved another solid year of development ending on 20 February 2014, further consolidating the club’s position as one of the largest and most financially secure members of the International Group of P&I Clubs.

Owned tonnage entered in North increased from 126 million GT at the 2013 renewal to 131 million GT yesterday, while the club’s chartered entry developed to stand at approximately 49 million GT.

According to chairman Pratap Shirke, ‘Our policy of applying strict quality and financial standards to the membership continued at this renewal and I am pleased to report further satisfactory development, which will help preserve North’s financial strength. We were also delighted to welcome a number of new members to club.’

Joint managing director Alan Wilson concludes, ‘Once again it has been a difficult year for global shipping. The slow recovery from the economic downturn, depressed freight rates and liquidity pressures mean our members continue to operate in uncertain and unpredictable environments.  We are extremely grateful to our members who have once again shown such strong support and confidence in our strategy of maintaining financial stability, while continuing to provide the highest levels of service in the most cost-effective manner.’

North is a leading marine mutual liability insurer providing P&I, FD&D, war risks and ancillary insurance to 131 million GT of owned tonnage and 49 million GT of chartered tonnage. It is based in Newcastle upon Tyne, UK with regional offices in Greece, Hong Kong, Japan and Singapore. The club is a leading member of the International Group of P&I Clubs (IG), with around 13% of the IG’s owned tonnage. The 13 IG clubs provide liability cover for approximately 90% of the world’s ocean-going tonnage and, as a member of the IG, North protects and promotes the interests of the international shipping industry.