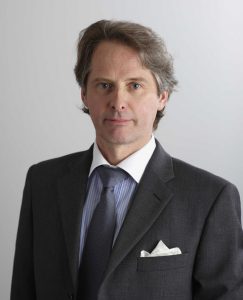 London,  24 February 2014 – In its latest response to specific market demand for insurance cover not formerly available, the Shipowners’ Club has launched a policy for its high net worth super yacht client base to indemnify them against Seafarers Unpaid Wages Following Abandonment (SUWFA).

Although some 80% of the world’s gross tonnage of shipping has been signed up to the Maritime Labour Convention 2006 (MLC), there are still many owners and managers unsure as to the extent and applicability of some of the provisions.  Crucially, this uncertainty includes the Convention’s requirement for ‘financial security’ (in practice, compulsory insurance) to be guaranteed by the vessel owner, leaving them liable for any unpaid wages owed to the crew.

Ian Ferns, Business Development Manager, explains the Club’s reasoning in introducing the cover, “We have noted that the issue of whether unpaid wages need cover continues to divide opinion. While we agree with our fellow International Group* members that such cover is yet to be mandatory , we have been inundated with requests to provide cover. Our yacht-owning Members are faced with the request for a guarantee of “financial security” as a contractual condition on a daily basis.  We have therefore decided to assist.”

Importantly the Shipowners’ product responds specifically to abandonment.  Once more Ferns explains, “Rather than being triggered by insolvency, which is the norm used by other products, as soon as the crew detect that their employer may be failing in its duty to meet their agreed wage payments, the Club can be called upon to act. The declaration of the employer’s insolvency may, of course follow long after the crew has been abandoned.  Their need is for immediate help.”

The SUWFA policy is the latest initiative taken by Shipowners’ to respond to the particular demands of the super yacht sector and follows the Club’s first move to distil P&I Club liability cover into a neat, jargon free policy document; that ‘all risks’, plain language yacht policy, launched in 2011, has proved a great success.

Ferns concludes, “Our abandonment insurance, reducing uncertainty at a stroke and demonstrating our commitment to total crew welfare, is the latest manifestation of the Club’s policy of adapting its services in accordance with members’ requirements.

*The Shipowners’ Club is a member of the International Group of P&I clubs. Its 13 members uniquely share their claims losses via a Pooling Agreement, which is backed by a joint reinsurance programme.

The Shipowners’ Club is a mutual marine liability insurer, providing Protection & Indemnity insurance to smaller and specialist vessels since 1855. The Club currently insurers over 33, 000 vessels from more than 6, 200 Members worldwide and is a member of the International Group of P&I Clubs.

The Club has offices located in Luxembourg, London, Singapore and Vancouver.

“What does it take to be a maritime professional?”….