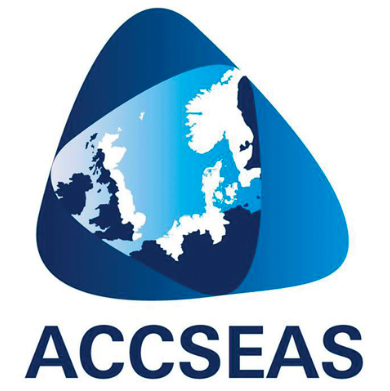 The ACCSEAS Second Annual Conference takes place next week in Edinburgh, Scotland, with an array of maritime organisations from around the globe convening to discuss the work of ACCSEAS in developing a test-bed of e-navigation solutions to help keep mariners safe when navigating the increasingly busy shipping waters of the North Sea Region.

Organisations confirmed as attending the ACCSEAS Conference include the International Chamber of Shipping, Danish Maritime Authority, Inmarsat, Royal Association of Netherlands Shipowners, Kongsberg Seatex AS, Swedish Maritime Administration, Saga Shipping and the European Commission, to name just a few of the navigation authorities, service providers and end users that will be present. The theme of this years conference is Evolving Navigation in the North Sea Region.

The Conference will be officially opened by Her Royal Highness The Princess Royal and will be chaired by Rear Admiral Nick Lambert, previous Hydrographer of the Royal Navy.

Dr Alwyn Williams, ACCSEAS Project Manager said: The waters of the North Sea Region are forecast to become increasingly congested, with an estimated 50% increase on the number of ship movements by 2020+. Likewise, the navigable space taken up by wind farms could increase from 440km2 to 23, 500 km2 in just a few years. This poses significant safety concerns for vessels in the North Sea, which already has some of the worlds busiest shipping lanes.

The Conference offers an excellent opportunity to explore what is being done by ACCSEAS to develop a test-bed of services to support the mariner and unlock the potential for sustainable and effective e-navigation solutions in the North Sea Region. This years event includes a wealth of expert speakers and I am confident that this event will be of enormous value to all participants.”

The ACCSEAS Conference is taking place over three days from 4th to 6th March at Dynamic Earth in Edinburgh, Scotland, and is free to attend. Anyone wishing to attend must book their place at www.accseas.eu/register.

About ACCSEAS: The ACCSEAS Project, which seeks to improve maritime access to the North Sea Region of Europe, is run by a partnership2 of navigation and maritime authorities, academic institutions and industry from Denmark, Germany, Netherlands, Norway, Sweden and United Kingdom. Within this area, ACCSEAS continues to develop and demonstrate a practical test-bed for e-Navigation prototype solutions in order to demonstrate proof-of-concept solutions to existing and potential navigation issues within the region. For further information on ACCSEAS, please visit www.accseas.eu or follow ACCSEAS on Twitter: @accseas.

ACCSEAS is a three-year project under the North Sea Region Interreg IVB Programme. For further information about the programme and other projects it funds, please visit: http://www.northsearegion.eu/ivb/home/

About Trinity House: Trinity House is the General Lighthouse Authority (GLA) for England and Wales, with responsibility for nearly 600 Aids to Navigation, from traditional aids such as lighthouses, buoys and beacons to the latest satellite navigation technology. In addition it inspects over 10, 000 local Aids to Navigation provided by port and harbour authorities, and those positioned on offshore structures. Incorporated by Royal Charter in 1514, the Corporation is also a major maritime charity, wholly funded by its endowments. The Corporation spends around £4m each year on its charitable activities including welfare of mariners, education and training, and the promotion of safety at sea. It is also a Deep Sea Pilotage Authority.