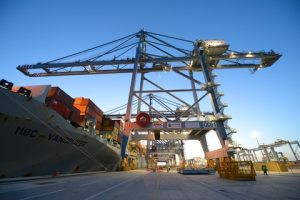 Ten vessels have made diversionary calls to London Gateway since Christmas as weather conditions impact other ports’ landside, waterside and rail terminal operations while London Gateway has remained open throughout.

Dean Hawkridge, Head of International Supply Chain at B&Q, said: “Importers order stock months in advance with an expected date for goods to be on the shelf. It is difficult to predict if and when weather issues may cause delays, but the impact can generate problems along supply chains, with back logs taking days to clear after a port’s operations are halted.”
“DP World London Gateway’s ability to continue operating when other ports have stopped operations is welcome news as shippers are seeking reliability for deliveries to go as planned.” 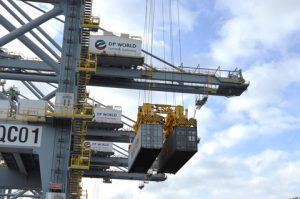 In a further boost to efficiency in UK supply chains, DP World London Gateway has become the first UK port to use a quad lift system on its quay cranes, which can pick up four twenty foot containers in a single lift. The system is also capable of a tandem lift of two forty foot containers, effectively doubling the number of containers that can be unloaded from a ship at a time.

In addition to the existing weekly call by the Southern Africa Europe Container Service, Hamburg-Sud and Hapag Lloyd have recently announced the transfer of services to London Gateway in May, to include services to and from South America East Coast, South America West Coast and India, Pakistan and Middle East. 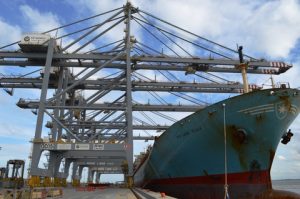 About DP World
DP World has a portfolio of more than 65 marine terminals across six continents(1), including new developments underway in India, Africa, Europe, South America and the Middle East.

DP World has a dedicated, experienced and professional team of 28, 000 people serving its customers around the world, and the company constantly invests in terminal infrastructure, facilities and people to provide quality services today and tomorrow, when and where customers need them.

In taking this customer-centric approach, DP World is building on the established relationships and superior level of service demonstrated at its flagship Jebel Ali facility in Dubai, which has been voted “Best Seaport in the Middle East” for 19 consecutive years.
www.dpworld.com