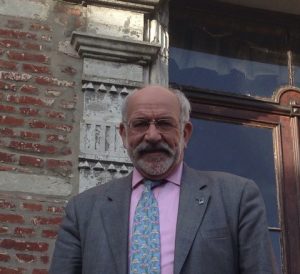 Here is the Allaboutshipping.co.uk’s twelfth overview and recapitulation of the Shipping Markets, Events and the World’s various “situations”  for 2014 with John Faraclas:

With the BDI down 39 points since yesterday (27 March 2014)  at 1, 375 and a weekly drop of 226 points since last week’s 1, 599, our prediction of an uncertain, volatile and weak market becomes the reality! Add the uncertainty with all the upcoming geopolitical issues – which will explore a bit further during this report, issues of any kind,  and the Market remains a big enigma!

Still the main index, the BDI is down 854 points from last December’s (2013) closing at 2, 227 points, something like a 38, 5 centum, and obviously we have to stress that one category doesn’t make up the market; I am referring once again to the Cape size vessels and with more ships entering the trade this not only will continue to destabilize the markets, but wipe-out funds and banks will be in tatters…

The Panamaxes and their respective index, the BPI, closed down 40 points since yesterday at 978 – below the 1, 000 point mark and 134 since last week… Lets not forget that the Panamaxes are the size determining the market and lets wait to see what will happen with the Panama Canal. I am personally very  reserved and wait the opening of the new sized Canal like Manna from Heaven!

The wets too aren’t giving any real hope for the moment with the BDTI down at 709 points down 2 since yesterday and 2 since last weeks 711!

The week started on Monday the 24th of March with the super charity event of The Greek Shipping Hall of Fame, first London event at the Park Lane Hotel with over 400 guests from all corners of the Universe. Hellenic Hope, a UK register Charity is something for all to assist, particularly given that is dedicated in helping children at risk from the current economic crisis in Greece. It was the event of events and congrats to its organisers and sponsors. The Hall of Fame has been established as an independent organisation to recognise outstanding individuals who have contributed to Greek Shipping’s development. It was a night celebrating Greek Shipping, its personalities, its dynamism and its extraordinary longevity. Staging this event in London also confirms the strongest bonds between two great maritime nations and powers,   The Hellenes and The British.

The Crimea annexation continues to send shock waves and the otherwise bankrupt Ukraine- in need of nearly US$ 20 billion to boost its ailing economy, cannot at present react as it was “anticipated”… The whole thing is a very dangerous situation in the otherwise called “fault line” between West and East! Any ramifications, as we have stressed last week, will only harm the people of an entire area, not just Ukraine, Russia and its close / adjacent periphery. Suspending Russian from the G8 is one thing, winning back Crimea yet another. We must be very careful to learn to walk before we run.  OK my personal intuition is that one day Europe will stop in the Ural Mountains, with the blessings of the Kremlin too, as other common “dangers” will bring us together. Lets see what the 55 years old new NATO leader, the former Norwegian prime minister Jens Stoltenberg has to add with his tenure starting on the 1st of October. A Scandinavian taking over from another Scandinavian – Anders Rasmussen from Denmark. Coolness at the fore…Watch this space!

The Greek Independence Day was celebrated worldwide, particularly in the US, where President Barack Obama, in his proclamation, amongst others he said:

“Greece is a valued NATO ally, and our friendship remains as strong as ever. As Greece takes tough action to rebuild its economy and bring relief to the Greek people, the United States offers our continued support. Today, let us reaffirm a bond that extends beyond government, connects our peoples, and inspires all who strive to choose their own destiny.

NOW, THEREFORE, I, BARACK OBAMA, President of the United States of America, by virtue of the authority vested in me by the Constitution and the laws of the United States, do hereby proclaim March 25, 2014, as Greek Independence Day: A National Day of Celebration of Greek and American Democracy. I call upon the people of the United States to observe this day with appropriate ceremonies and activities.”

Energy and Funds, private funds is the name of the Game and we had a great time attending IMIF’s event at Moore Stephens yesterday with “Private Equity – Changing the face of ship finance”, an excellent double presentation by Richard Greiner and Anthony Cunningham still sending interesting messages around. Add Jim Davis’ remarks and you know what’s up. The Chairman of IMIF is always within the pragmatic circle for successful and sustainable ship finance!

In the evening Afrimari, celebrating their 4th anniversary, produced an unforgettable event at High Street Kensington at the premise of GENSCAPE possible the worlds best data holders for Energy matters. Four excellent, brief presentations by Adam Barnes, Dr. Jay Syrett, Jonathan Dale, Simon Toyne and Paulo Nery! Excellent! And I say excellent as the means they use, the technology, leave no doubt for their success as well as that of the Energy sector. Africa in the spotlight too!

The Malaysian airplane saga continues to make waves and we are simply waiting to hear the final excuses. And I am saying this, as many attending the event of Afrimari with the means that where enfolding there of collection of info, and from what many of us know, brings us to the point to say: enough; say the truth!

The London Shipping Law Center’s legal event of events as many called the last one last Thursday at REEDSMITHS 32nd floor auditorium, was more than a success, with the room bursting to its seams, the Piracy Up –date will have to be repeated. Chaired by The Honorable Mr. Justice Eder, four eminent speakers, specialist in the field explained in detail, and very simply what is up with piracy today. Richard Siberry, William Howard for the host Reeedsmith and Peter Cook CEO from SAMI.

Intermodal Asia 2014 is coming up 1-3 April at Shanghai’s World Export Centre; again an event not to be missed.

In Singapore too the Singapore Maritime Week  6-11 April is coming up, creating a great new era in the entire Far East.

IforU started its two-day seminar today  in Athens and tomorrow the Women and Shipping event takes place; will revert to advise you on Danae Bezantakou’s presentation.

Wishing you a happy weekend and be on guard for the multiple of developments surrounding our world and conversely our industry, Shipping, the most important industry of all! Log on herebelow and listen live to our news: