Expanding trade and smaller navies are good news for pirates 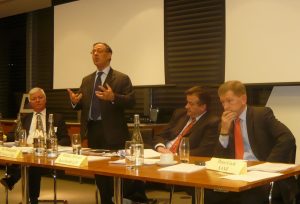 Standing, The Hon. Mr. Justice Eder summing up and on an l to r panellists Richard Siberry QC, William Howard and Peter Cook

The London Shipping Law Centre’s third major seminar of the year, ‘Piracy legal, commercial and political developments’, was a resounding success, on 26 March, and was attended by over a hundred delegates at the spectacular offices of Reed Smith, the host of the seminar.

A massive expansion in ships, port facilities and offshore oil and gas installations over the next few years could have one particularly unfortunate consequence. There will be many more tempting targets for pirates.

With the world population increasing, the volume of world trade being moved by sea is expected to increase by 50 per cent over the next twelve years. By 2018, cruise liner capacity will be over half a million berths. This year, there will be over 5, 000 super yachts on the water. The global thirst for oil and gas is unquenchable with a quarter of world production offshore. There will be increasing resort to underdeveloped countries with coastlines; East Africa is a major source of exploration investment.

Yet over the next 20 years, Western navies are expected to shrink by 30 per cent. For governments in general, land security remains a far higher priority than maritime, as exemplified by the number of US Department of Defence contracts.

This scenario was presented by Peter Cook, Chief Executive Officer of the Security Association for the Maritime Industry (SAMI). Mr. Cook said there was no way that piracy, “one of the world’s oldest professions, ” could ever be entirely eradicated.

Political instability, internal conflict and disorder, legal and jurisdictional weakness, poor law enforcement and corruption would always combine with favourable geography, poverty and the prospect of reward to stimulate piracy. 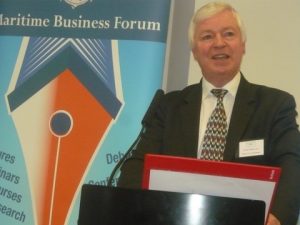 Richard Siberry QC at the podium

Somalia had dominated the headlines in recent years but West Africa and South East Asia were experiencing increasing activity. Not even the Mediterranean was entirely safe. In February, a luxury yacht had been hijacked off Corsica.

The vast areas in which pirates might strike posed tremendous logistical problems. Total co-operation in the Indian Ocean high risk areas between navies would still require over 80 helicopters to reach the position of any hijack distress call within one hour. By then, there might be little they could do. 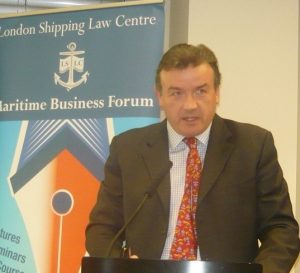 William Howard from the hosts delivering his speech

Owners had deployed more unarmed guards but their limitations had been exposed in the course of hijacks. This had turned the spotlight on employing armed guards which in turn had raised questions about their equipment and rules for engaging with pirates—-given that such status might not be obvious at first contact.
An International Code of Conduct had been produced for private military and security companies. The marine aspects had been addressed by the IMO, BIMCO and the International Chamber of Shipping, with the close involvement of SAMI.

BIMCO had produced Guardcon, a standard contract form between ship-owners and charterers, and private military and security companies. It has been designed to clarify relationships with masters while providing protection for crew, ships and cargoes.

Clause 8 focuses on the master’s position in relation to the deployment of civilian armed guards in incidents. This has to be set in the context of the SOLAS requirement that the master retains full command and responsibility for his ship at all times.

It acknowledges that masters do not have the expertise to command armed guards in the use of firearms or to decide when a graduated response is appropriate. However, if a master invoked the Rules of Force and guards, acting under his orders, were to kill or injure third parties, the master could be exposed to criminal liability.

William Howard, a partner in Reed Smith, surveyed the regional economic and political considerations relating to piracy off East and West Africa and in South East Asia. He summarised the legal implications and the countermeasures being taken by the shipping industry and supporting naval forces. 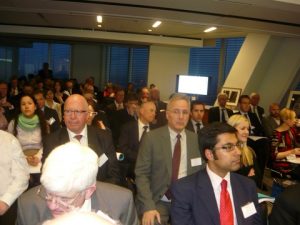 Richard Siberry QC, of Essex Court Chambers, provided commentary on the few cases on Piracy that have reached the English courts, such as the Saldanha, Captain Stefanos, Triton Lark and Paiwan Wisdom, dealing with off-hire issues and the right of the master to refuse to go to a dangerous piracy zone when there is a serious risk of piracy; he also analysed the BIMCO Piracy and Conwartime 2013 clauses. 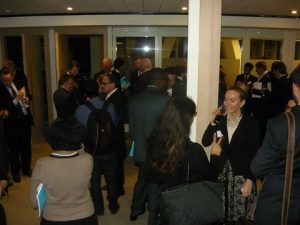 …with intense networking too!

The Hon. Mr. Justice Eder presided over the seminar and expressed his appreciation of the work of the LSLC in providing the industry with such high-quality seminars on contemporary legal, commercial and political issues, unravelled by a combination of diverse experts. The panel was thanked by Dr. Aleka Mandaraka Sheppard, Founder/Chairman of the London Shipping Law Centre.