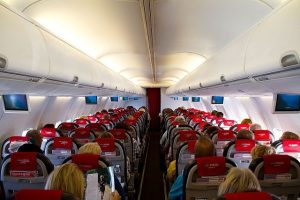 Norway’s ITF-affiliated Parat union has long campaigned against NAS working practices. The airline has a track record of seeking to avoid Nordic working regulations by outsourcing various parts of its operations.

In February, NAS obtained a license to operate out of Ireland and has applied to the US Department of Transport for permission to operate services between Europe and the USA. If successful, the company would be free to run long-haul flights to the USA, staffed by workers whose rights aren’t protected by US or EU legislation.

The ITF will also demand that the Norwegian and Irish governments investigate NAS’s labour plans, and that the European Commission should examine its flag of convenience (FOC) policies and the social dumping they could cause. The ITF has already warned of the dangers of FOC practices in the civil aviation industry at international level, raising the issue at both International Labour Organization and International Civil Aviation Organization meetings.

ITF civil aviation secretary Gabriel Mocho Rodriguez said: “If they’re allowed to go ahead, NAS could set a dangerous precedent in terms of worker rights. Labour laws are there for a reason, and any attempt to dodge national or international laws must be confronted robustly by unions, governments, and law-making bodies.”

An emissary of turbulent times…