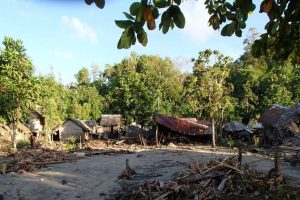 17 April 2014 – The ITF will soon have a new affiliate from the Solomon Islands, as workers in the country set to rebuilding their union.

The Solomon Islands National Union of Workers (SINUW) was the only private sector union in the country, and represented a number of industries – including transport.

The union survived both the Solomon Islands civil war (1999-2003) and ethnic rioting in 2006. The union became embroiled in long-running litigation with employers back in 2004, following a strike at a plantation. After much legal debate, and several appeals, the high court finally found in favour of the employers and demanded that the union pay a massive settlement to them. This bankrupted the union, with the employer taking possession of and selling the union building in order to get its settlement.

Despite these setbacks, grassroots activists have been recruiting new union members, with a particular focus on organising fishers and cannery workers. The activist base intends to set up a new union, with the ITF’s assistance, which will be called the Workers Union of the Solomon Islands (WUSI).

Nevertheless, the union intends to continue its organising drive. Tony Kagovai of WUSI said: “Solomon Islands workers really appreciate the support of the ITF to rebuild their union after it was deregistered in a vindictive lawsuit. ITF help makes sure we can look after our members and their families from Solomon Islands Ports Authority, Soltuna and Solomon Airlines who have been affected by the recent cyclone, flash flooding and earthquakes.

“It shows Solomon Islands workers that the ITF never sleeps.”