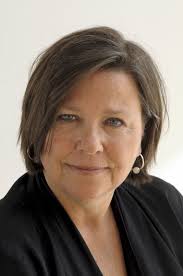 The Norwegian airline with the same name is in danger of being thrown into a comprehensive strike by its cabin crew in Norway and Denmark within a short period of time. A strike could affect the company’s flights across much of Europe.

The airline, which in 2012 signed the biggest deal ever in the history of European aviation, and the third biggest agreement Boeing has entered into with an airline, is accused of treating its employees with little respect, while attempting to crush the union that currently organises most of its employees in Scandinavia.

Parat is the largest union of cabin crew members and pilots in Norway. In addition, the union has a number of members in Denmark and Sweden. Members are not only employed in Norwegian, but also in other airlines including SAS, Widerøe, Thomas Cook and TUIfly Nordic. Parat is a member of the European and the International Transport Workers’ Federation (ETF and ITF).

Every second year, collective agreements entered into in Norway are renegotiated, and at the moment, the agreement covering Norwegian’s cabin crew has been discussed without the company and its employees reaching a mutual agreement. Negotiations have broken down and if the company does not meet the employees’ demands, there will be strike in a matter of days.

The airline has announced measures to maintain flights in the case of a strike, and Parat regards this action as blacklegging. To prevent blacklegging, Parat will seek help from ETF, which includes 231 unions in 41 European countries. It will also be seeking assistance from ITF, which is a global organisation with four, five million members in 150 countries.

Demands presented in the negotiations

Leader of the Norwegian Cabin Association, Marit Lindén, says management in the airline does not respect the cabin crew and claims that they are not taken seriously. – We experience that the agreements that have been entered into are broken or not followed up, she says, and lists the most important demands in this conflict:

Threats from the company

Parat’s chief negotiator, Turid Svendsen, says the employees were exposed to threats from the management during the negotiations.

– A text message with threats of closure of bases, withdrawal of employee benefits and layoffs through transfer to an employment agency was sent to cabin crew members whilst legal negotiations was taking place. At the same time, the company’s chairman presented a board resolution in Norway’s largest newspaper, VG, stating that a strike would have “serious consequences for those who might strike.” We don’t want to see brutalisation such as we are witnessing here in either the Norwegian or the European labour market, says Svendsen.

The company justifies these threats with a need to inform the cabin crew members about the consequences of going out on strike.

– We believe that this type of intimidation by the company is in violation of agreements signed between the company and the union, because this is regarded as an action aimed at avoiding a strike and affecting the outcome of a conflict of interest. In the same newspaper, the company’s chairman referred to a Board decision sating that they will punish the employees if there is a conflict. The text message from the company, as we interpret it, states that they will close down bases in Norway, forcibly transfer employees in Denmark to an employment agency and deprive cabin crew members of benefits over the next three years if there is conflict. In other words, it must be understood that these threats will not be carried out if the cabin crew accept the company’s directive to split up the staff into several smaller unions, says Parat’s chief negotiator, Turid Svendsen.

Parat’s chief negotiator says the direct link between the threats to use management prerogative as a sanction to stop a lawful strike, violates fundamental rights and obligations, and also puts The Confederation of Norwegian Enterprise (the Norwegian employers’ organisation) in a dubious light.The same applies to the company’s notice that it will make use of blacklegs (strikebreakers).

Although the demand of the employees will not incur costs for the company beyond what they currently have, management claims that employees want to change the corporate structure, or demand changes that affect the company’s financing. – Neither the cabin crew association nor Parat get involved in how Norwegian organises the corporate structure and how the company finances the operation or purchase of aircraft. Our only concern is the staff and how they can maintain a joint agreement for the two countries, like the one they have today. Similar arrangements exist in a number of major companies and Norwegian is by no means unique in this respect, she says.

A Norwegian trade union that organises employees outside of Norway is not common, according to the chief negotiator, but there are also here several examples that show that this is quite feasible. – Norwegian itself is perhaps the best example of the fact that this does not cause any practical problems. For four years we have had a collective agreement also for the base in Denmark. A new corporate structure in Norwegian is not an obstacle to continuing the current agreement, says Svendsen.