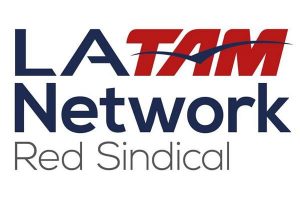 19 May 2014 – Civil aviation union leaders have warned that World Cup flights could be delayed or cancelled unless LATAM Group employers agree to restart pay negotiations urgently with Peruvian unions.

With less than a month to go before the World Cup starts, representatives of LATAM network trade unions met at the ITF office in Rio, Brazil last week to demand action from LAN Peru, where mechanics are paid less than elsewhere in LATAM.

They issued a 30-day deadline for stalled talks to restart, warning otherwise of industrial action by Brazilian and other LAN baggage, maintenance and check-in workers over this and their own living wage demands. According to the unions, this could affect more than 300 international flights to Brazil and an additional 750 domestic flights during the World Cup.

ITF civil aviation secretary Gabriel Mocho commented: “LATAM operates a form of social dumping, paying mechanics in Peru around half than those in Brazil, Argentina and Chile doing the same job.

This is unacceptable and LATAM workers have had enough. They do not want to take strike action during the World Cup but if the company’s regional management continues to refuse to engage in direct talks with the unions, they feel they have little choice.

“The LATAM union network is growing in size and strength and sees the World Cup as an opportunity to raise awareness of this injustice.

They are spurred on by the successful conclusion in early April of negotiations of the LANex cabin crew in Chile.

They also welcome the first steps in building the Avianca network in the region, following the merger between Avianca and TACA in 2013.”

LATAM operates in Argentina, Chile, Peru, Ecuador, Paraguay and Colombia, and is represented by TAM in Brazil.

Planes take the strain over fears about soaring...

– For us, EpiShuttle is the future

A glimpse from World Travel Market 2021

Bouncing back from lockdown: businesses need to monitor...