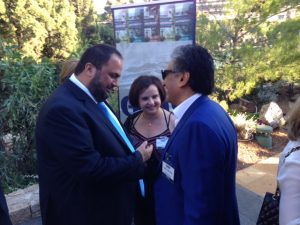 Yesterday’s GMS pre-Posidonia party organised by GMS’s Dubai office was more than a success, given the best weather conditions so far – in an otherwise volatile greek weather (alike the shipping markets) and a big turn-out!

The great team of GMS dedicated to its clients and friends a very special evening at the Nobu Matsuhisa within the Astir Palace resort in Vouliagmeni, off Athens, to celebrate their success and kick-start the Posidonia 2014 June festivities; analysts, classification society executives, lawyers, politicians, shipbrokers, shipmanagers, shipowners, the media, you name it were all there! 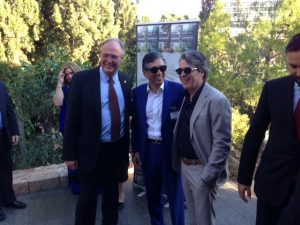 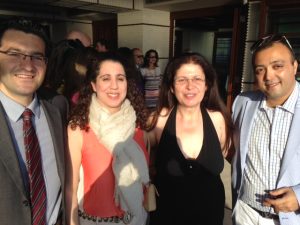 Had a good discussion with the host’s members from the Dubai office, Pavlos Katsouris, Christos Giannakopoulos, Maria Tereza Negro, and Petroula Karagianni, Karen Kokabi from Blueship, Nikos Bafaloukos from  Fairdeal Marine Services, as well as with the upcoming Christina Ntaouti from Capital Link.

Ship recycling is more nearly fifty years now one of the hot spots of the shipping industry, a very important field, a sector which develops better and improving its image as all sectors of the maritime world does.

A smiling**, as always, Anil Sharma and his colleagues entertained us to the fore. 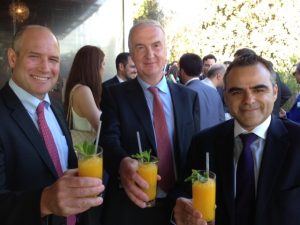 GMS* The World’s LARGEST cash buyer of ships for recycling.

Smiling**: The best and most smiling event of the Posidonia 2014