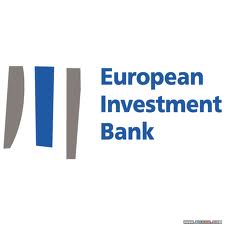 The European Investment Bank (EIB) is lending EUR 268 million to the manager of the national railway network in Poland, PKP Polskie Linie Kolejowe S.A. (PLK), for the upgrading of 58 km of an existing electrified railway line (E30) from Katowice to Kraków.

Thanks to the EIB loan, a number of improvements will be introduced on this section, such as the replacement of ballast, sleepers, track and overhead catenary as well as upgrading of the existing power supply. Several stations will also be reconstructed to ensure full accessibility for people with reduced mobility. The modernised line will allow for the introduction of trains running at a maximum speed of 160 km/h for passenger trains and 120 km/h for freight trains. Furthermore, additional environmental mitigation measures will be implemented (e.g. noise barriers, better drainage, animal crossings), which will reduce existing negative impacts during operation. These modernisation works will begin this year and are expected to be completed by the end of 2016.

The EIB strongly promotes sustainable transport solutions. Accordingly, the project will result in better quality rail services as well as help to reduce vehicle operating costs and journey times. This should encourage the shift from other modes of transport to rail and thus potentially reduce the level of harmful emissions.

This project is a continuation of the EIB’s successful cooperation with PLK. Including the current operation, the Bank has provided ten loans to PLK totalling EUR 1.9 billion to finance railway modernisation projects across Poland. The Bank’s support provides high financial value added to PLK by making available long-term financial resources at a lower funding cost.

In 2013, EIB financing in Poland amounted to EUR 5.7 billion, 18% of which was earmarked for rail and urban transport projects. The Bank has now helped to finance rail investments in Poland for 24 years – the first loan signed with a Polish counterpart was for a rail project. The Bank supports the improvement of both infrastructure (with PLK) and rolling stock (with the operating companies).

The EIB is the long-term lending institution of the European Union owned by its Member States. It makes long-term finance available for sound investment in order to contribute towards EU policy goals.