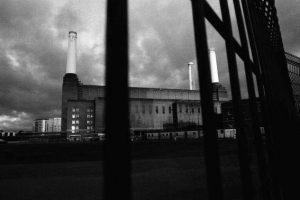 Still Decadent Life: exhibition at the Italian Embassy of photographs by Francesco Caradonna,  By James Brewer

The poetry of the hills and valleys of beloved Italian countryside is complemented by urban shapes and shades of cities of the UK, in a new exhibition hosted by the Italian Embassy in London.

In a series of powerful images, photographer and film-maker Francesco Caradonna reflects on the artistic and spiritual path that inspired him to move from Italy to the UK in 2008.

His Excellency Pasquale Terracciano, Ambassador of Italy to the UK and to the International Maritime Organization, welcomed guests to the private view on May 29 2014 at the elegant Mayfair embassy.

The artist’s introspective but geographical journey, in his exhibition entitled Still Decadent Life, ranges through Cornwall, the Orcia Valley (a Unesco World Heritage site in Tuscany that was especially celebrated by Renaissance painters), Greenwich and Ischia as he searches for “an intuition, a common centre, and an aesthetic essence.”

He says that he aims to represent the necrosis (a word of Greek origin meaning the death of cells or tissues through injury or disease) of reality, and “particles of the infinity surrounded by mystery in the decadence” in which he lives. The mood of his black and white photographs is of a remarkable depth even though it is said they show “simple traces of beauty hidden in wrecked architectures and in the patterns of nature.”

Francesco Caradonna (left) and Carola Syz, with H.E. Pasquale Terracciano, Ambassador to the UK and the IMO

Francesco Caradonna (http://cargocollective.com/caradonna) was born in the southern Italian port city of Taranto, which describes itself as being “at the heart of the Mediterranean Sea.” His career got underway in Milan, before he moved to New York and then to Kingston, Jamaica, before settling in London. He says his role is that of a storyteller, expressed in his film editing, digital filmmaking and analogue photography.  He “takes an analogue approach to a digital world” and the silver gelatin prints on display at the embassy are enhanced by a specialist hand printing method.

Carola Syz and Francesco Caradonna at the Italian Embassy reception

The show is the latest success from Carola Syz Projects. Originally from Rome, Carola Syz is a photographer, artist and curator who gives a platform to talented creators, notably those with links to both Italy and Britain.

The exhibition will run until September 12 2014 at the Italian Embassy, Three Kings’ Yard,   London W1. Viewing is by appointment only. For information and sales, please contact Carola Syz Art & Photography art@carolasyz.com