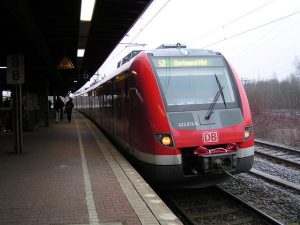 Rail workers in Sweden celebrated a victory on Wednesday as employers Veolia agreed to a deal, bringing a 16-day long strike to an end.

The dispute arose when 250 members of the ITF-affiliated SEKO union were given notice they’d be fired from their jobs on the railway – only to be rehired on hourly contracts. They would also come back on lower wages with no pension or sick pay.

This had appeared to be part of a bigger picture of increasingly precarious work at the multinational employer. SEKO said that Veolia used 100, 000 hours of contracted labour in Sweden last year, and had demanded that this be reduced to no more than 40, 000 hours.

With support from other Nordic unions, as well as from the ITF and the European Transport Workers’ Federation (ETF), the dispute ended in a union victory. The union will now be able to limit the use of contractual, part-time employment – which will also help it to prevent a spiral downwards in workers’ terms and conditions.

Meanwhile, in the USA, Veolia Transportation subsidiary SuperShuttle is still involved in a worker dispute in Denver. ITF affiliate the Communications Workers of America (CWA), which represents the workers, says that the employer has unilaterally cut workers’ pay and conditions, pushing many below the poverty line. They have also informed the ITF that the company is refusing to negotiate in good faith.

Mac Urata, ITF inland transport secretary, said: “These multinationals are like chameleons who take advantage of local conditions and disregard international labour standards. As these cases in Sweden and the USA have shown, Veolia is increasingly putting itself in the spotlight with its workers’ rights violations. Whilst we congratulate SEKO and its railway workers, we will continue to assist our brothers and sisters in Denver.”