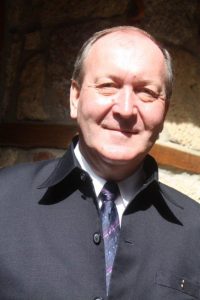 How a Bulgarian businessman’s love of the sea built a strong foundation for major cultural initiatives,  By James Brewer

Restoring the fabric and ancient look of monuments of a nation is a huge task, especially in times when cultural funding is severely squeezed. This makes the endeavours in Bulgaria of the privately run Sozopol Foundation all the more admirable.

The foundation takes great pride in its contribution to making Sozopol, the Black Sea resort that was a thriving port city under Greek and subsequently Roman control, a 21st century hotspot for cultural tourism.

The Bulgarian institution has achieved global renown through its association with the United Nations Organisation for Education, Science and Culture (Unesco).

Sozopol Foundation was established in 2002 by Kiril Arnautski , a construction industry businessman who declares: “I am in love with the sea.”

Mr Arnautski was born about as far from the sea as it is possible to get in the east European nation. He grew up in a village named Vladmirovo in northwestern Bulgaria; these days Sozopol, in the southeast of the country counts as one of his favourite places. 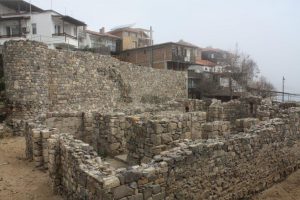 In 1994 he bought a run-down property overlooking the Black Sea with the aim of making it comfortably habitable, little knowing that the decision was to change his life radically.

As workers stripped out interior fittings of the structure, they uncovered a huge centuries-old central column and some very old flooring. Construction dating from the 6th century turned out to be very solid: it took a week for the work team to open a sizeable gap in the wall.

The find made Mr Arnautski determined to make the most of the location’s historical connections, and started him on a much wider mission of cultural preservation, infusing him with a passion for history and archaeology.

Getting together with like-minded people keen to elevate the town’s heritage, he founded the Sozopol Foundation at the end of 2002, and the first major project was to rebuild derelict segments of the southern fortress wall and watch-tower, dating from the 4th to the 16th century, which are adjacent to the house he had bought. 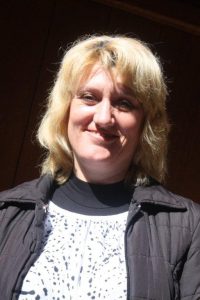 The scheme restored coherence to the shoreline through building a pedestrian walkway – “a panoramic alley” open to the public, with glorious views on a sunny day far over the Black Sea. From the start, care was taken to cater for people with disabilities, and providing facilities for them has remained high on the agenda in Foundation projects.

The fortress over the centuries was destroyed twice. Now, a reconstructed section of the defensive walls of ancient Apollonia Pontica, as the city was known in Greek times, fuels visions of how the city once looked. The tower rises to its full original height, and there are traces of stones from its 17th century origin in the old walls.

Signs point the visitor to the complex, known as “Southern Fortress Wall and Tower, ” as a main feature of the architectural-historic reserve of ancient Sozopol.  Ramps and elevators are provided for the less mobile. Inside the complex is a three-level museum, accessible from what is called the Sea Garden – a planted landscape that has had to be restored after being damaged by storms during the winter of 2013-2014.

The Foundation sees the complex as “an expression of its striving for the protection and integration of the cultural monuments into the contemporary infrastructure of Sozopol.”

Visitors to the museum – there are 17, 000 every year – can acquaint themselves with everyday life of the inhabitants of Sozopol throughout several historical eras.

Within the museum is an ancient well, from the 4th century BC, the oldest discovered in the town and the largest, at a depth of 7 m.  Carved into a rock and with its spring still active, it is a freshwater source on the very shore of the Black Sea. The discovery of many pieces of ceramics nearby suggests it was some kind of holy well, to which offerings were brought, inside a religious complex. Also from the 4th century BC is an amphora from Chios, and there are others from other islands including Lesbos. 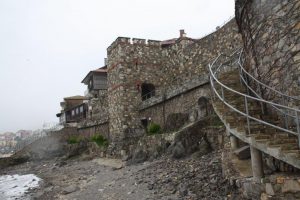 There is a nymphaeum built in honour of the goddess Aphrodite and her three water nymphs, and on a more mundane level, “the only toilet in the world with cultural value, from the 4th century.”

Reflecting the vast period of coverage by the museum, there are Thracian rock anchors from the second millennium BC. From the 5th century BC are well preserved ceramic drainage pipes for a water-main, sealed with lead restricted to the outside because technicians of the time realised that the mineral is toxic.

We are reminded by indications of a granary from the 6th century AD that this was the biggest port for the export of grain to Constantinople. From the same period there is a Roman bath, very modern for its time, with five pools. And there are traces of the barracks that housed the soldiers guarding the fortress wall.

A collection of pictures by contemporary local artists including Angelina Dobreva Nedin, offers impressions of life in recent centuries and of the town’s connections to the sea. A display of wine – consumption and export of wine has been a part of the life of the town since antiquity – is another example of the region’s assets. Still on the contemporary scene, the museum enjoys favourable acoustics that lend themselves to concerts, recitals, operatic evenings and poetry readings.

The footprint of the foundation can be seen elsewhere in the town, as for instance the conservation scheme and excavation of the church of St Nicholas a short distance away in a project funded by the government of Bulgaria. 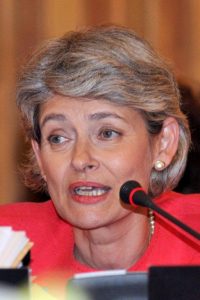 One of the first initiatives in which the Foundation was involved was the restoration of a typical Bulgarian National Revival house, using both traditional and new methods of work.

The activities of Sozopol Foundation are carried out in close co-operation with state and municipal institutions, scientific and other state and private Bulgarian and foreign organisations, and NGOs.

A swathe of projects – including cross-border initiatives in cultural heritage protection – is funded by European programmes. There are sites in Sozopol and surroundings – an example is seeking to help turn the former seamen’s school into a maritime museum – and throughout the country.

An example is consultancy work in the conservation and restoration of the Tsar Liberator monument in Sofia, a work from 1901 of the Florentine sculptor Arnoldo Zocchi. The monument – which includes bas reliefs of 30 statesmen and military leaders – was erected in honour of Nicholas II of Russia as a token of gratitude for his role in securing Bulgarian freedom.

The Foundation was a consultant in the installation of artistic lighting and tourist infrastructure at the Trapesitza fortification of the former Bulgarian capital Veliko Tarnovo. It is a partner in the restoration and conservation of Baba Vida castle on the banks of the Danube; and the repair of the Lopushanski Monastery in the valley of the River Dalgodelska Ogosta.

A project tagged “the cultural heritage of two neighbouring nations – an open door through the millennia” aims to protect natural, cultural and historical heritage in the border region of Strandzha Mountains between Bulgaria and Turkey.

The building Türk Ocağı Evi, in Kirklareli in northwestern Turkey near the border with Bulgaria is being converted into a cultural centre, as a base for restoration of the historic town centre.

In 2012, an exhibition at the National Palace of Culture, with funding from the Foundation, featured models of some of the country’s most famous monuments: Boyana Church, Pirin Natural Park, Alexander Nevsky Cathedral, Holy Forty Martyrs Church, Baba Vida Fortress, Rila Monastery and others. It was opened by the president of p Bulgaria, Rosen Plevneliev, and Irina Bokova, director-general of Unesco. 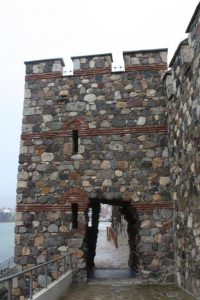 By a happy co-incidence, Ms Bokova is a Bulgarian. In November 2013, she took the oath of office as the director-general for a second term of four years. She is the first woman to head the organization. Born in Sofia, her career has included support for gender equality, and assistance in negotiations by Bulgaria for membership of the European Union.

The foundation launched an appeal for donations for the purchase of a model made with 6m matchsticks of Rila Monastery. It took the artist Plamen Ignatov more than 17 years to complete it.

The foundation acknowledges the historic importance of wine to the region, saying it is best expressed by the Greek phrase Trigos, Theros, Polemos, meaning ‘grape-gathering, harvest, war. A reflection of prehistoric viniculture in Bulgarian lands can be found in the ancient Greek myth of Dionysus who is said to have brought from Mount Ararat a vine root and planted it in Thrace.

Thracians worshipped Dionysus by the name of Zagreus or Sabazius, and some of the finest gold and silver Thracian vessels of royal and religious importance are associated with the drink, as are clay receptacles for everyday drinking. Bulgarian Christians built on these rites through their reverence of St Trifon Zarezan as a successor to Dionysus.

The Foundation is one of many partners in a project to conduct research into the history of viniculture, encourage young people to write poetry and stories about wine, organise wine festival days in Sozopol, and promote wine tasting events.

Greece: the hydrocarbons time has come!