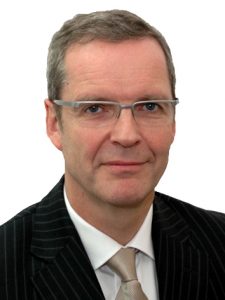 HAMBURG/KIEL Confidence among shipping companies in the industry continues to grow – in 2014 a clear majority of companies expect increased turnover and more than 40 per cent expect higher profits in comparison to the previous year. This is documented by the most recent expert market survey published by HSH Nordbank AG, which discusses the topic “Shipping companies 2014 – Fit for the future?”. The report, based on a survey of HSH Nordbank customers, provides a picture of sentiment of the present state of the shipping industry. In some cases the views of German and international shipping companies regard-ing markets diverge significantly. 51 German and international shipping companies participated in the survey, which was conducted in the second quarter of 2014.

Despite the present surplus capacity, shipping companies are focusing on further expansion of their fleets – “Almost 70 per cent of respondents stated that they want to increase the size of their fleet in the next three years, ” says Christian Nieswandt, Global Head Shipping Domestic Clients/Global Liner & Container Finance at HSH Nordbank. The majority of inter-national (63 per cent) and German (47 per cent) shipping companies are striving to achieve growth in the bulk carrier segment in particular.

“Our findings for the container segment are striking, ” continues Nieswandt. “Despite the acknowledged surplus capacity over half of the German shipping companies we interviewed want to further expand their container ship fleets.” International shipping companies are significantly more cautious in this market segment, with only 13 per cent planning expan-sion. All companies agree that the greatest market opportunities exist for smaller units up to 4 000 TEU (20 foot standard containers) and for very large container ships of over 12 000 TEU.

Increasing charter rates in the bulk carrier segment
Respondents estimate that charter rates for bulk carriers in particular will develop posi-tively. “Almost 70 per cent of the companies expect increasing rates for the bulk carrier segment by the end of the year, ” says Nieswandt. In contrast at least half of the shipping companies participating in the survey expect container vessel charter rates to remain at the present low level. A third of companies nevertheless believe that a general increase in char-ter rates to the pre-crisis level is possible. The majority of respondents (63 per cent) do not, however, believe that charter rates will return to the high pre-crisis level, meaning that cer-tain projects are no longer viable in the mid-term and must be terminated.

Increasing surplus capacity, not only for container ships
The survey indicates that a wave of new construction can be expected, which will further exacerbate the problem of surplus capacity. Respondents believe that the greatest surplus capacity exists in the container vessel segment, in particular in the size range from 4 000 to 8 000 TEU. Shipping companies also expect excess tonnage in the bulk shipping segment.

Strategies for the future: Retrofitting and consolidation
“Two-thirds of the companies expect a wave of consolidation, particularly in the container shipping segment, ” comments Nieswandt. Objectives in this regard are to create larger companies, for example via fusions, thus facilitating more competitive corporate structures. To this end some 40 per cent of respondents have already held meetings to discuss possible M&As (Mergers & Acquisitions) in the role of the acquiring company. 47 per cent of German shipping companies are doing so, significantly more than among international companies (37 per cent).

In order to meet the future challenges facing the shipping industry just under half of inter-national companies are focusing on retrofitting, that is re-equipping their fleets to achieve greater energy efficiency and meet present environmental standards. This topic is, overall, of far less importance to German companies in comparison; they view the formation of alliances and mergers as a more promising strategy for the future. Both German and international shipping companies are in agreement that the optimisation of business processes and investment in new vessels meeting standards should be given priority if future challenges are to be met.

The UK economy was in fitter form than...