Setting the agenda on climate change 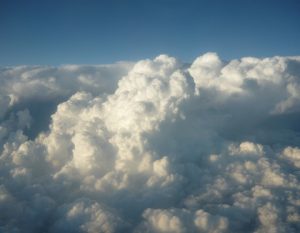 Thurday 10 July 2014 – The World Bank’s Understanding Risk conference took place between 30 June and 4 July with the aim of producing actionable information on climate change. But it was the Prince of Wales and Lloyd’s Chairman John Nelson who set the agenda in the week before. (source: Lloyd’s of London)

Prince Charles backed a call by broker Willis for businesses to actively consider and disclose their exposures to natural disasters, saying it would encourage businesses to become more resilient. John Nelson welcomed Prince Charles’ “rallying call for action”. In an interview with the Financial Times, Nelson pointed out the steady rise in the cost of global disasters between the 1980s and today. Willis chief executive Dominic Casserley believes that disclosure of natural catastrophe exposure in financial statements would trigger a “behavioural change”.

“It’s really important for policymakers to hear businesses saying very firmly that they’re worried and understand that they should be mitigating climate change urgently and decarbonising through renewable energy solutions, ” says Lloyd’s head of exposure management and reinsurance, Trevor Maynard.

The Understanding Risk event was another opportunity for Lloyd’s and the wider insurance industry to set the agenda on climate change. Maynard spoke on a session led by Simon Sharpe, head of global strategic impacts team, climate change and energy department from the UK Foreign and Commonwealth Office, titled “How big is the risk of climate change, ” during which he highlighted the important role the insurance industry has to play in influencing policymakers and the business world in its steps to curb climate change.

“Over the coming decades, if left unchecked, climate change will start having an impact on all businesses, ” he says. “From an insurance point of view there’s a moral duty to tackle this.

“From an insurance perspective, I don’t believe that climate change will impact next year’s results materially, ” he continues. “I do think it has some impact however. Superstorm Sandy went over very warm water which made it a stronger storm and the sea level is higher and that made the storm surge worse. ”

The approximately 20cm of sea level rise at the southern tip of Manhattan Island increased Superstorm Sandy’s surge losses by 30% in New York alone, found Lloyd’s in its recent report on catastrophe modelling and climate change. The report also considers whether current climate models underestimate the sensitivity of cyclones to temperature.

Sandy caused an estimated $20bn to $25bn of insured loss along the Eastern Seaboard of the US largely as a result of flooding due to storm surge in New York and New Jersey.

The contribution of science and modelling was also discussed during the Understanding Risk conference with the emergence of open source models a big topic. Maynard spoke during a session on the challenges and opportunities for a joined up modelling world, led by Mitsui Sumitomo Insurance catastrophe and exposure manager Matt Foote.

“We discussed whether it is possible to have modelling in open formats so that modellers from around the world can build models that talk to each other properly, ” says Maynard. “It’s really important because it means you can get multiple views of risk and you’re not so embedded with one model. It’s something Lloyd’s has been encouraging through the Oasis framework.”

A further meeting on the topic saw 50 people from different modelling backgrounds discuss the meaning of interoperability, ” he adds. “What came out of the meeting was an agreed way forward, to come together again in the future and to take some steps now. The trend of modelling platforms allowing multiple models is really positive.”

Oasis is a not-for-profit initiative supported by Lloyd’s and other industry players and backed by the EU-funded Climate-KIC programme. It is working with the UK Met Office, University College London, Karen Clark & Co, JBA Risk Management and Perils AG, among others, to bring the insight and analytics from a community of experts together in one place.

Open source initiatives allow a wide range of hazard experts and scientists to share their models and information on a common platform, which it is hoped will improve overall understanding of risk. The aim is to bring more transparency and openness to catastrophe modelling and in the process improve the understanding of the level of uncertainty that exists within the model results.

“Each major catastrophe gives us insight into the natural world and the impact of disasters on society. The insurance industry learns from each event, for example along with the storm surge impact from Superstorm Sandy, was the sheer size of the storm, a culmination of two different weather systems. The levee failures led to large claims emanating from flooding of New Orleans following Hurricane Katrina in 2005. Since then the models have significantly strengthened their modelling of storm surge, ” says Maynard.

More recently in 2011, the magnitude 9.0 Tohoku quake provided lessons (scientists had not predicted an earthquake of such magnitude) or that the tsunami could have such an impact. And in New Zealand, it was not known a rupture fault existed in Christchurch where there were two major earthquakes in 2010 and 2011, punctuated by hundreds of aftershocks. The impact from secondary perils such as liquefaction was also unexpected. Despite this, models have significantly strengthened the insurance industry by helping us to conceive of events that are larger than those that have been experienced recently.

As the climate changes, catastrophe models will have an increasingly important role to play – the ability to tap into multiple sources of expertise will be invaluable, thinks Maynard. “The models can be used to explore what the future environment would look like, ” he says. “We worked with catastrophe modelling company Risk Management Solutions to look at the impacts of a higher sea level on coastal properties in our coastal communities and climate change report.”