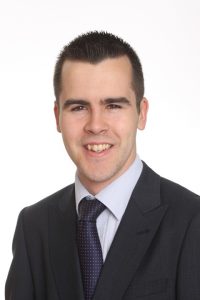 On 6 March 2014, the English Court of Appeal (Civil Division) handed down their judgment of Kairos Shipping Limited v. Enka & Co. LLC (and Others)1. Lady Justice Gloster, giving the leading judgment, ruled that as a matter of English law, pursuant to the Convention on Limitation of Liability for Maritime Claims 1976 (as amended by the 1996 Protocol) (the LLMC 1976) owners are “entitled to constitute a limitation fund … by means of the production of a guarantee”. Given the forthcoming increase to the 1996 Protocol limits (on 8 June 2015), this decision takes on even more significance.

Gloster LJ took as her starting point the construction of Article 11.2 of the LLMC 1976, which effectively determined the issue. Gloster LJ held that “the ordinary meaning of the words could not be clearer”. An owner is given a clear choice under Article 11.2 to constitute a fund either by depositing the sum or by producing a guarantee acceptable under the legislation. The production of a guarantee was therefore a legitimate choice, with the remainder of the LLMC 1976 being expressly subject to this Article. This meant that there were only two constraints on the right to constitute a fund by guarantee:

The judgement usefully summarises the principles of construction to be applied to international conventions, i.e. they must be “considered as a whole”, should receive “purposive construction”, and should be attributed a meaning which was “consistent with the common intention of the State parties”which led to a “generally acceptable result”.

Gloster LJ did not address the second issue, but left the adequacy of a P&I LOU to be determined by the Admiralty Court. This has the potential to be hotly contested and requires an assessment of:

The judgment should be welcomed as a commercially sound solution recognising the “financial and practical benefits” to owners, P&I Clubs and the shipping industry in allowing a fund to be constituted by way of guarantee. It also maintains England’s position as a sensible forum for maritime matters.