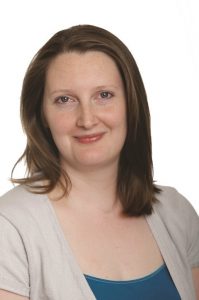 The Commercial Court has granted Gard a freezing order over the assets of the 1971 International Oil Pollution Compensation Fund in support of a claim brought by the Club against the Fund in England.

The NISSOS AMORGOS is one of five outstanding oil pollution compensation cases involving the 1971 Fund.

The vessel grounded in Venezuela’s Maracaibo Channel in 1997, spilling 3, 600 tonnes of oil. Owners and their P&I Club, Gard, established a limitation fund in Venezuela and paid approximately US$6.5 million to settle claims until December 2000, when the Fund took over. This reflects the usual practice between P&I Clubs and the Fund, to facilitate quick settlement. Once all claims have been agreed or determined, there is usually a balancing payment from the Club to the Fund or vice versa so that each has contributed up to its prorated liability.

The Venezuelan Republic obtained a judgment against owners and Gard for US$60.25 million plus interest and costs. The Fund intervened in the proceedings, but was not a defendant. It is common ground between the Fund and Gard that the Republic’s claims are inadmissible and time barred. However, the Venezuelan Court did not agree.

Consequently, Gard brought proceedings in Venezuela and in England against the Fund, seeking (among other things) an indemnity from the Fund in respect of any liability it has to the Republic in excess of the CLC limit.

Meanwhile, the process of winding up the Fund continued. At a meeting between Gard, the International Group and the Fund on 18 March 2014, the Fund’s Director advised of his intention to recommend at the Fund’s next meeting, to be held on 6-9 May 2014, that the money left in the Fund (about £4.6 million) should be returned to contributors.

This prompted Gard to apply to the English High Court for a freezing order. The application was heard before Mr Justice Hamblen on 1 May and judgment was handed down on 7 May 2014.

The Fund argued that the Court lacked jurisdiction because:

The Fund had immunity from the grant of freezing order relief.
The Fund had immunity from Gard’s claims (i) in England and (ii) in Venezuela.
The Headquarters Agreement between the Fund and the UK and the International Oil Pollution Compensation Fund (Immunities and Privileges) Order 1979 set out immunities on which the Fund can rely in the UK. The Order contains a specific exception to immunity in respect of “a loan or other transaction for the provision of finance”. The Judge held that Gard had a good arguable case that the practice of payment between the Clubs and the Fund fell under this head. Consequently, he ruled that the Court did have jurisdiction to decide the application. He also found that Gard had met the legal test for a freezing order by establishing a good arguable case that they were entitled to an indemnity because of this practice, and demonstrating a real risk that the Fund would dissipate its assets by returning the funds to the contributors.

Accordingly, the Judge granted a freezing order in respect of the claims in the English proceedings. However, he did not accept that Gard had a good arguable case that the Fund did not have immunity in Venezuela.

There is not enough left in the Fund to settle this or the other four outstanding compensation cases. The Fund has applied to the High Court to set the claim in England aside and the case could progress to an appeal and ultimately the Supreme Court, which could prevent the winding up of the Fund for some time. If the 1971 monies are depleted, this raises the question of whether the Fund could levy further contributions under a Convention which is no longer in force.

IUMI turns the spotlight on Asia….