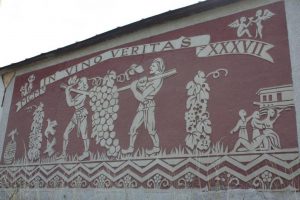 In vino veritas: mural in the village of Malá Tŕňa.

A variety of illustrious emperors, kings, state presidents, and the first cosmonaut, Yuri Gagarin, have had something in common when it comes to good taste.

They have at various times over the centuries been enthusiasts for the famed Tokaj wines produced on both sides of the border that divides (imperceptibly these days, because of the European Union) Slovakia and Hungary. 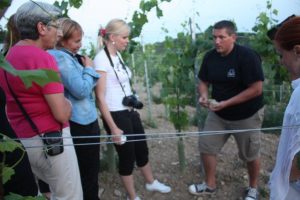 As one quaffing member of the public hyperbolically put it back in 1933, a draught of Tokaj “removes screws from the coffin lid.” Eighty years after that memorable bon mot, and half a millennium since the start of its modern history, the wine – much of it matured in medieval cellars – has been tasting renewed export success.

This is especially satisfying for Slovakia, because its neighbouring country is better known internationally for the sweet Tokaj product, and there were years of legal argument as to which country had the right to use the name. In the end, it was a draw, with both nations allowed to label certain wines Tokaj. 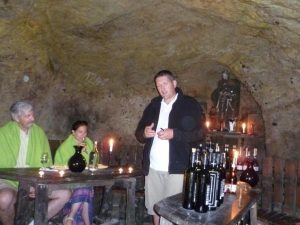 Exemplifying the export push, one of the wineries, Macik in southern Slovakia, sends its specialities to 27 countries, including Japan. Michelin-starred restaurants in Belgium and the UK are among establishments where its brands are high on the wine lists.

Emerging into bright sunshine after conducting a wine tasting for tourists in a deep and dim 13th century cellar, with an ambience which ensures a constant 10C temperature, vintner Jaroslav Macik details the tough local and state inspections that control quality at several stages of production and sale.

Mr Macik, chief executive of his family firm, says that his winery was the first in Slovakia to export to Asia, with its Tokaj Classic range. “These wines are the ideal partner with Asian cuisine, ” he affirms.

The businessman travels extensively in Europe and beyond to promote both traditional wines and newer varieties that are lighter, and have a fresher aroma and fruitier bouquet. 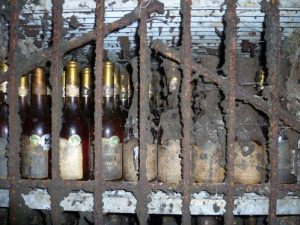 Some of the mould-encrusted bottles in the cellar are decades-old and are in the portfolios of international investors.

Mr Macik’s home village of Malá Tŕňa is one of seven adjacent locations flying the flag for Slovak Tokaj and where the wineries sell directly to the public. The foreign visitor is likely to use the (internationally connected by air) city of Košice – where there are additional retail outlets for the wine – as a gateway to the region, which has a heady blend of history and cultures — Slovak, Jewish, Hungarian, Russian and Greek.

Tokaj has had an intoxicating journey as a top tipple, and the appellation is as jealously guarded as Bordeaux in France and Chianti in Italy. It lays claim to be the oldest classified wine region in Europe — older than its French and Italian counterparts, older than Oporto in Portugal.

Its solid reputation has been fed by more than 200 gold and silver medals won at national and international wine fairs. It has long had devotees in surprising places, such as Greece, itself a magnificent wine producer but partial to wine from other lands that travels well. 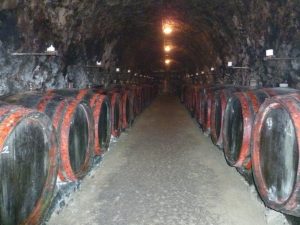 It was the Romans, though, who in the times of Emperor Marcus Aurelius Probus (he reigned from 276-282 AD) brought vines to the large province of Pannonia, territory now divided between Slovakia and Hungary. After the fall of the Roman Empire, the vine growing tradition was continued by Slavs. The word Tokaj has a Slavic origin and is the name of a village in Hungary. It is derived from the word stokaj, after the confluence of two rivers, the Bodrog and the Tisa.

In Slovakia, seven villages have the dank, labyrinthine wine cellars in which the Furmint, Lipovina, and Muškát žltý varieties are stored. 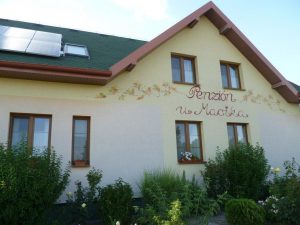 Lodging near the Macik vineyards.

The method of producing Tokaj wine is laborious and has changed little over five centuries. The grapes must be picked manually, and it needs a huge quantity of raisins for fermentation over several years in oak barrels of wine. The raisins are botrytised (in other words ”nobly rotten”) and there is a precise science in adding the right amount of them. The fungal infection known as botrytis cinerea decreases acidity and promotes high sugar levels. One person picks about 8kg of botrytised grapes per day. 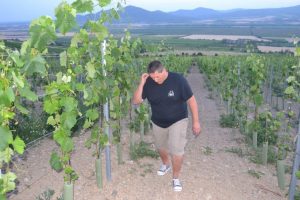 A boon for the area is the volcanic igneous subsoil, which retains day and night the warmth of the generous sunshine: 2, 200 hours of it during the year, in this hottest part of Slovakia. Mists rolling down from the hills in autumn encourage the evaporation that ‘deteriorates’ the fruit to give Tokaj wine its characteristics.

In a delightful nod to tradition, Tokaj wines are rated on a scale of three to six puttonyos, a reference to the heavy wooden baskets used in olden days by the grape harvesters. In this way, the amount of botrytised grapes in each wooden barrel was measured, but now the figure relates to how much residual sugar is in the finished beverage. The formula is, the higher the number, the sweeter the wine.

Many of the Tokaj cellars date back to the period of Turkish rule, when they hid people and property from marauding troops. During the Turkish occupation the Jews had a degree of freedom such that co-religionists were attracted to move in from Spain, Italy and Galicia (Poland). 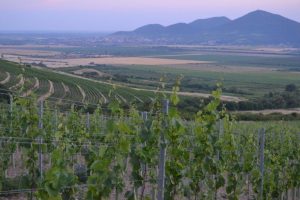 Vineyards stretch for miles, from Slovakia into Hungary.

Merchants from Greece were involved in the wine business, locating themselves neatly on a hub of the great cross-Europe trade routes, and were prominent in the 19th century in Hungary. Greeks built a fine house in the Hungarian town of Tokaj which today houses the Tokaj Museum.

Jewish people became the leading traders in Tokaj wine in Zemplén county where they bought vineyards, and sold the wine they produced domestically and abroad. Their presence in the trade was in contrast to other regions where the Jews were mostly in other forms of commerce. At their peak, 30% of the inhabitants of the wine-producing area were Jewish but they began to move to elsewhere. Among other factors, fake wine scandals damaged the image of Tokaj and its market. From the 1880s to 1930, many Jews left for the US, sailing to New York and settling in Pennsylvania, in Canada and Argentina. 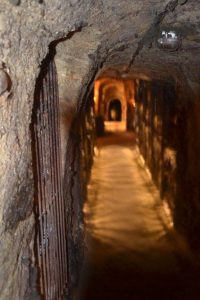 In 1941, Christians began to take over Jewish vineyards and wine cellars, as the Jews who remained were brutally harassed, and later taken off to Auschwitz and other death camps.

During Communist rule much of the wine was diverted to mass production plants, and upon privatisation various enterprises moved in to commercialise the product in Western European fashion.

As to the royal connection, it began when in 1650 a man named Sepsi Laczko Maté presented a wine made from botrytised grapes to the wife of his landowner and the widow of prince George Rakoczy I. Prince Rakoczy II regularly sent deliveries of Tokaj wine to the court of Louis XIV of France, who uttered the advertising salesperson’s dream catchphrase that it was “the king of wines and the wine of kings.” 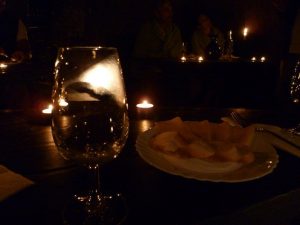 Tokaj wine went down a treat with Tsar Peter the Great of Russia, and his successor Empress Catherine the Great. It had a reputation as universalis vera medicina, a medicine to cure anaemia, faintness, and diseases of the nervous system.

A two-day Tokaj wine tour is recommended – many family wineries offer accommodation in penzións (lodging) close to their cellars.