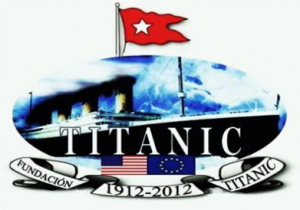 The Titanic will finally reach New York – 106 years late,  By Maria Dixon, (based on a press release from Fundación Titanic, Spain.)

Bill de Blasio, mayor of New York City, is reported to be among leaders of world-class cities showing interest in welcoming to their districts the largest and most spectacular model to date of the ill-fated Titanic. The model is being built in Spain in the province of Gerona and at Granada, for completion by 2016 – and is set to be exhibited in New York in 2018.

Before New York, the model named “Reconstruction of the Titanic, ” has already been booked to be exhibited in public in Granada, Bilbao, Barcelona, Madrid and Lisbon and will then cross the Atlantic to visit New York and San Francisco, continuing to Colombia, Mexico and Argentina, returning to Europan major cities including London and Paris.

Construction of the model is under the technical supervision of Enric Calvo Ferrand, an international expert on Titanic model reproductions. It will give an impression of the gigantic size of the Titanic when moored at the port of Southampton on April 10 1912, and will reflect all the frenetic activity on that, her departure day.

The starboard side of the model will be exposed so that people can admire the structure of the vessel and see how this “ship of dreams” functioned.

Cranes, cars and horse-drawn carriages working at the port and by quayside will be among the features.

The Fundación Titanic started this project in 2012, immediately after the Titanic centenary celebration. In addition to the model, there will be reproductions of the most important areas of the Titanic, like the cargo hold where works of art and motorcars were carried. The original motor vehicle, the Brush 1909 known as the Titanic Car, and the painting The Titanic Dream from the Cantabrian artist Enrique Gran will be exhibited.

Guillermo Marconi had installed all the radio equipment, and continuing the connection, his only daughter, Princess Elettra Marconi, has promised to open the model-reproduction of the radio room.

This significant event has been backed by a long list of organisations, giving to the Fundación Titanic and this project the support, publicity, funding and prestige that it deserves. Among them are the  Foundation Philippe Cousteau-Unión de los Océanos, the Park of the Sciences in Granada,   Henri Abelé-Freixenet, the  Euskalduna Palace in Bilbao, the Enrique Gran Foundation , and the “Titanic Collection” (the councils of Granada and  Castelló de Empuries and councils of the cities where the model will be exhibited).

Jesús Ferreiro-Rúa has been the president of the Fundación Titanic since its inauguration in 2006 www.fundaciontitanic.com. His exhibitions with Titanic artefacts collected through the years have visited many of the most important cities in the world. Born in Spain, Mr Ferreiro-Rua started his career as a pioneer shipping journalist giving voice to the families of seafarers lost at sea; first on newspapers and later on by means of the programme Fishing Wave broadcast on Spanish national radio which became popular among seafarers and their families.