Fairs are back in fashion with Brno Exhibition Centre leading the way…. 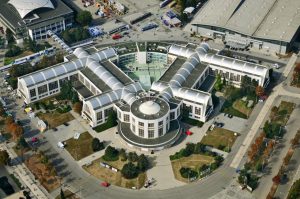 Fairs are back in fashion as renowned Brno Exhibition Centre shows wares from lathes and lasers to lingerie,  By James Brewer

Famed for the modernist élan of its pavilion architecture, Brno Exhibition Centre is reinforcing its penchant for style with its latest huge business-to-business gathering of the textile, fashion, footwear, and leatherwear industries.

Of the 50 events – drawing a total of around 1m visitors – staged at the vast exhibition ground in the Czech Republic each year, many are devoted to industrial equipment such as machine tools and to technological advance in lasers and the like, but there is a counterpoint. A more consumer-driven, life-style tone is exemplified in particular by the twin biannual events: the international fashion and footwear trade fairs STYL and KABO will grace the campus, for the 44th time, from August 24-26 2014. STYL and KABO take the stage twice every year, in February and August.

With a population of nearly 500, 000, the greater metropolitan area of Brno is the Republic’s second business city, “a city of commerce, logistics and education.” It is within easy reach of five European capitals: Prague, Vienna, Bratislava, Budapest, Ljubljana, and of southern Poland.

Highlight of the industrial fair year for many businesses is MSV Brno, the international engineering show, said to be “the most prestigious industrial technology trade fair in central and eastern Europe.” For 2014, its dates are September 29 to October 3. It will be the 56th fair in the series. 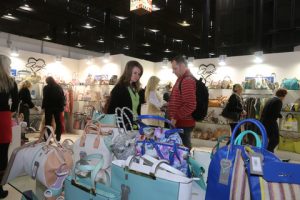 The vast exhibition ground was developed in the 1920s in the functionalist style by avant-garde architects from Brno and Prague. It took the equivalent of 58 freight trains each of 50 wagons to haul the materials needed for the building works.

The designers successfully blended their technical remit with advanced artistic concepts. The clear lines and simple structural harmony of the grand pavilions influenced other designers of new buildings in the city and far beyond. 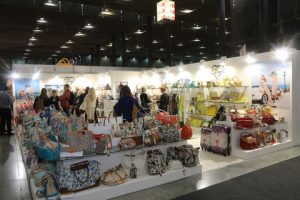 In a glorious debut, the showground opened in 1928 with the Exhibition of Contemporary Culture, which under the patronage of Tomáš G Masaryk, the first president of Czechoslovakia, celebrated the first 10 years of national independence. It created “a monument to Czechoslovak functionalist architecture with a lasting place in the cultural history of Europe, ” according to Zdeněk Müller, editor of a history of the fair. This was indeed a turning point in national design and architecture, confirming Brno as a beacon of modernism in central Europe. 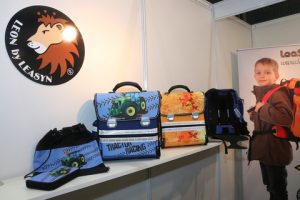 The most recent MSV International Engineering Fair attracted 1, 551 exhibiting companies from 28 countries, the share of foreign participants reaching 46%. Around 75, 000 people saw the exhibition over five days. There was an emphasis on measurement, control, automation and regulation technology, and on the latest in 3D printing. A new International Transport Fair, Eurotrans, ran during three of the MSV days, and was supported by 80 exhibitors. Its success was such that a second Eurotrans conference and exhibition focusing on innovative transport solutions has been scheduled for 2015 contemporaneously with the MSV fair. 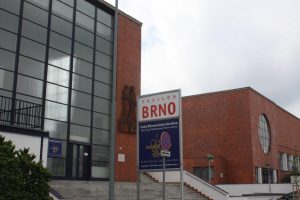 The partner country of MSV 2013 was Turkey, represented by 20 exhibitor stands and a business delegation led by the country’s first deputy minister of economy and the chairman of the largest association of Turkish exporters.

The supporting programme – for 2014 Germany, India, China and Russia will be among countries involved in seminars and discussion meetings – comprises more than 50 events. 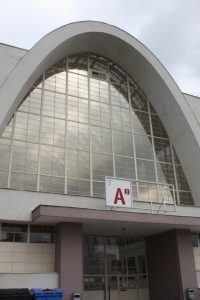 Elegance of Pavilion A.

The most recent STYL and KABO fairs were said to have reflected a revival of confidence by the fashion industry and an improving situation in retail after the past few years of economic recession. In February there were more than 5, 000 trade visitors inspecting fashion collections for the autumn and winter of 2014-2015. Some 32% were foreign visitors, mainly from Poland, Slovakia, and Germany.

STYL Fashion Fair describes itself as “the business and commercial peak of the fashion industry… where exhibitors from all over Europe offer and present new brands, novelties and fashion trends in clothing to professionals.” Alongside classic fashion are collections from established and up-and-coming  Czech and European designers. A section of the STYL fair is dedicated to costume jewellery and accessories. 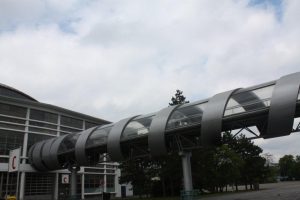 In February, 258 exhibiting companies from 17 countries gathered in two of the fairground’s pavilions to present 558 fashion brands, with a section called Fresh Fashion put on by young and independent exponents.

Pacing the catwalk at STYL were models displaying the wares of 10 fashion companies. At the summer event, there will be fashion shows four times a day including on August 24 a collection of Felina lingerie supplemented by Jablonec costume jewellery. 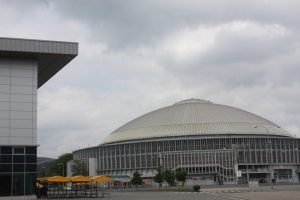 New features this August will include a presentation by the brand Bottomless London which experiments with printing technologies and new materials for youthful leisure fashion.

Although the site covers 650, 000 sq m, the architects strove to make it compatible with its natural setting, the Pisárky valley. Many features compete for the attention, but the first of the 16 pavilions, known as pavilion A, is iconic. Its majestic parabolic arch has become a symbol of the Brno Exhibition Centre and is embodied in the corporate logo. Formerly known as the Palace of Industry and Trade, the hall has been described as the secular “modern cathedral of the nation, reflecting progressive and positive thinking.” 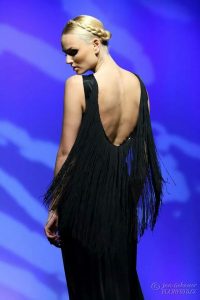 Height of fashion: Top of form

Other architectural highlights include the 45 m tall tower of pavilion G; the monumental 90 m dome of the circular Hall Z – the 3, 600 sq m hall has even been used for a tennis tournament.

The latest addition is Hall P, opened in June 2009, offering over 10, 000 sq m of net exhibition space. It is the largest hall of its kind in central Europe and in addition serves as a venue for congresses, conventions, concerts and even discos.

Further architectural gems are the Brno Pavilion designed by Bohuslav Fuchs and the Manor House by Adolf Loos. Modernisation projects since 2000 have taken forward the avant-garde style of the complex.

Seven years after initial privatisation in 1991, Messe Düsseldorf group became the strategic partner of the enterprise, which has the official name of BVV Trade Fairs Brno. 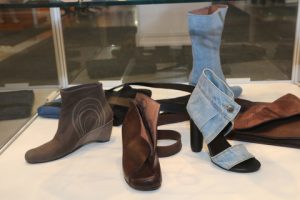 Brno has had annual markets and trade exhibitions from as far back as 1243, and in the 19th century it became “the Manchester of Austria-Hungary” when the textile industry boomed  – which today gives it a special pride in hosting exhibitions so staunchly committed to the modern apparel industry. 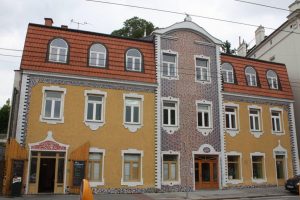