Bribery and Corruption – A pressing issue around the world 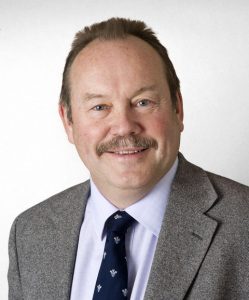 Bribery and corruption is a growing concern for businesses in all sectors and jurisdictions. Corruption is a problem not only from an ethical and competition-distorting perspective, but also because of the substantial risk it creates to the reputation of affected businesses and the potential financial implications of a conviction, or even just the adverse publicity of an allegation or investigation.

The increase in enforcement of national and international bribery and corruption legislation means businesses must demonstrate compliance. Due to its complexities, this can be a challenging area for businesses to address. Indeed, they need to stay ahead of developments in this rapidly evolving area of law and any board of directors that does not give due consideration to these issues is arguably failing in its duties.

IMCA is the international trade association representing companies and organisations engaged in delivering offshore, marine and underwater solutions around the globe. It’s core purpose is improving performance in the marine contracting industry by championing better regulation and enhancing operational integrity.

“Helping our members understand something as fundamental to the reputation of their businesses as bribery and corruption is an important issue to us, ” explains Chief Executive, Chris Charman.

“It was with this in mind that our Contracts & Insurance Workgroup hosted an Anti-Bribery & Corruption Seminar earlier this year in London, to discuss bribery and corruption issues faced globally by the marine contracting industry, where anti-bribery clauses can be an integral part of contracts.

“It is important that members and their clients work together establishing auditable and workable processes. The seminar was designed to help mutual understanding on both sides of the client:contractor fence and to discuss ways and means of establishing workable solutions.”

The afternoon-long event was open to all IMCA members (there are in excess of 970 member companies in more than 60 countries), and all interested parties.

The first two presentations by Raymond Bonci of Total E&P and Michele de Rosa of ENI looked at ‘Anti-bribery and corruption from an oil company’s perspective: experiences and expectations of the contracting industry’.

Ray opened his presentation with a map of the world based on the perceived level of corruption. This is published every year by Transparency International, who spoke later in the afternoon. There is some level of corruption in all countries, so the challenge for international companies is considerable. He went on to consider the many effects of corruption such as increased cost of doing business, distortion of competition, undermining of economic stability and the rule of law, reputational damage, and the potential civil, criminal and/or employment consequences for companies and individuals.

The legal stakes are also high, as evidenced by  Ray. A number of different countries have adopted new anti-corruption laws – for example, Brazil and Canada have adopted new/ stronger laws with ‘extra-territorial’ effect, the UK has recently introduced Deferred Prosecution Agreements (DPAs) and the US has begun to push for outright guilty pleas (as opposed to DPAs).  Ray explained that there is now a greater level of co-operation between law enforcement agencies, and the increasingly broad investigations mean there is heightened legal uncertainty and risk.

His presentation concluded with an overview of the key principles of Total’s compliance programme, which is based around prevention, detection and response. In particular, he explained, it is vital to know your third parties (the importance of due diligence) and not to bury one’s head in the sand; ignorance is no longer a defence.  The corporate mind-set is key, and the costs and consequences of non-compliance mean that a robust anti-corruption policy is central to a company’s sustainability.

Taking the same theme, Michele de Rosa of ENI started by looking at the consequences of bribery and corruption, including record breaking fines and the loss of reputation. He then touched on the anti-corruption legislation applicable to ENI, including the Italian regulations which focused on monitoring, before providing an overview of ENI’s recent review of its anti-corruption procedures and its Anti-Corruption Management System Guidance. As a company with a vast  number of suppliers and contracts, the ENI procedures have a particular focus on risk mitigation with respect to suppliers and the management of third party risk, including specific measures for vendor risk assessment, identification and mitigation of higher risk vendors, and monitoring of feedback on vendors.

Corruption Case Study
Simon Moore and Tony Concagh, of Stephenson Harwood presented a fascinating scenario based on a true story of a vessel that had been detained due to drugs being found attached to the vessel in their presentation on ‘Corruption Case Study’.  As Simon explained, the vessel and crew had been detained and the case threatened to drag on for months, but the local agents offered advice that the vessel could be released on payment of a fee to the local authorities. Simon looked at the difficulties that the contractor faced in this situation and Tony then considered the different possible responses and their potential consequences.

In addition to concerns about what would happen to the crew and the vessel, as well as the knock-on effects for the project, there were legal and contractual considerations arising from the detention of the vessel and the potential breach of contract with the oil company.  However, it was also important to consider how corruption might come into this situation if the local agents paid the ‘fee’ without the contractor’s knowledge or approval, , and the potential consequences with respect to breach of law, damage to the company’s reputation with the oil company, and potential voiding of insurance covers.

Unsurprisingly, a stimulating question and answer session then followed.

The contractor’s view point
Andrew Hayward of major contractors Subsea 7 then covered ‘Principles and Procedures for Managing Bribery and Corruption Risks: A Contractor’s Perspective’. His was a personal/Subsea 7 view from the contractor’s perspective in which he looked at seven key points:

In summary, it was clear that there is a collective responsibility to try and tackle corruption, as the reputations of companies and the industry are at risk of exposure. In particular, third party risk was something that must  be considered and could not ignored, and while due diligence was best practice; it was not the be all and end all. He believes that the focus should be on what is effective, rather than simply what is defensible.

Working to Eradicate Small Bribes
Robert Barrington of Transparency International opened his presentation, on ‘Working to Eradicate Small Bribes’ by explaining what his organisation does and how they help to eliminate bribery and corruption by working with companies. Statistically, and perhaps surprisingly, one in four people around the world would accept a bribe; interestingly the UK and US were not at the foot of the league table. Robert made the point that the law makes no distinction between bribes and facilitation payments: any bribe, no matter how small or insignificant, was still a bribe and against the law, He set out ten reasons why these matter, including:

He went on to talk about working to eliminate bribery and corruption, asking the questions ‘How long should this take?’; and ‘How would it be eliminated?’ He acknowledged different companies have different views on this and have different policies in place. It was felt however that to stop bribery and corruption, companies should become allies and work together, being upfront and encouraging process change and honesty. Collective action within competing companies may be difficult but would make a huge dent in corrupt activities. Transparency International have since launched new guidance on eliminating small bribes, and were, at the time of our seminar, looking for more companies to participate in their business integrity forum, which provided a corporate benchmark.

François Vincke of the International Chambers of Commerce gave an overview of ICC’s anti-corruption drive, including development of practical tools and their focus on trying to harmonise anti-bribery and corruption practices and enforcement.

There then followed a wide-ranging panel discussion, covering the following:

“Natalie Louys then drew the afternoon to a close, ” explains Chris Charman. “She felt it had been particularly constructive to have two presentations from the point of view of the oil companies, and in concluding, she underlined the continuing importance of engaging in discussion with the clients and of transparency.

“With this in mind it is our intention to hold regular updates on this important theme. We welcome input from member and non-member organisations around the world faced with the same challenges.”

Further information on IMCA and its work on behalf of its member companies in over 60 countries is available from www.imca-int.com andimca@imca-int.com. The association has LinkedIn and Facebook groups and its Twitter handle is @IMCAint.

IMCA is an international association with some 970 members in over 60 countries representing offshore, marine and underwater engineering companies. IMCA has four technical divisions, covering marine/specialist vessel operations, offshore diving, hydrographic survey and remote systems and ROVs, plus geographic sections for the Asia-Pacific, Central & North America, Europe & Africa, Middle East & India and South America regions. As well as a core focus on safety, the environment, competence and training, IMCA seeks to promote its members’ common interests, to resolve industry-wide issues and to provide an authoritative voice for its members.

IMCA Vision & Strategy. As a result of work and collective input in 2013, IMCA has redefined its stated core purpose to be “Improving performance in the marine contracting industry”. To achieve this goal, IMCA’s Vision & Strategy has been devised with two elements in mind: Core activities and ways of working. Targets and objectives against which the association will measure progress in 2014 have been established.  Note to Editors: We are more than happy to expand on this in tailor-made articles – just put us to the test, emailjudithpatten@jppr.uk.com or phone her on +44(0)20 8241 1912 to explain what you would like covered, length, and deadline.