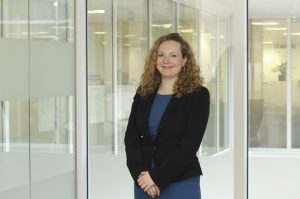 27 August 2014 – A vote for independence from the UK would have a negative effect on the Scottish shipping and offshore maritime sector, according to a survey by leading international accountant and shipping adviser Moore Stephens.

The survey elicited the views of leading members of the international shipping community on the predicted impact on Scotland’s shipping and offshore maritime industry of the country voting for independence on 18 September 2014. More than half the number of respondents to the survey felt that a vote for independence would have a negative effect.  Two-thirds of respondents thought that a move away from the Pound Sterling by an independent Scotland would have a negative effect on offshore continental shelf and related onshore activities. Meanwhile, more than 70% admitted they had no plan of action for a potential ‘Yes’ vote.

Overall, 55% of respondents felt that independence from the UK would have a negative effect on the Scottish shipping and offshore maritime sector. 45% of all respondents had an existing business relationship with Scotland, and it was they who were most pessimistic about a Yes vote for independence, with 69% believing it would have a negative impact. By comparison, 57 % of those respondents with no existing business relationships with Scotland thought that a Yes vote would have a positive effect. Meanwhile, 74% of respondents admitted they did not have an action plan for a potential Yes vote.

A number of respondents were extremely outspoken in their arguments against independence. One maintained, “We have no confidence that a Scottish government would properly take account of shipping’s needs, ” while another emphasised, “Scotland does not have the necessary infrastructure to replace the UK Merchant Marine. We will change the home port of our vessels from Aberdeen to London.” Elsewhere it was noted, “This will be a total disaster that we are not prepared to handle, ” and, “The concept of an independent Scotland is somewhere between madness and childishness.” Another respondent warned, “Unless there are practical implementation plans to include the shipping and oil and gas industries, independence will be disastrous for Scotland.”

A number of respondents feared that an independent Scotland would become isolated in the wider international community. One said, “The world is full of examples of the crippling effect on the whole economy and culture of a newly independent country. It may take decades to recover the ground which is lost, totally unnecessarily, by effectively trying to reinvent the wheel.” Another feared, “Protectionist legislation will be implemented, resulting in more isolationist policies which will severely impact on the Scottish economy. The Scottish people must live with the consequences of independence. All support must be withdrawn and cross-border trade should be restricted.”

Another still emphasised, “Scotland is too small to make any impact as an independent nation and would be generally ignored as a player in the maritime industry without the backing of a larger UK. Confidence would fall dramatically.” In the same vein, it was noted, “The isolation resulting from independence will impact negatively on the Scottish economy generally, and on the efficiency and cost of maintaining a shipping administration.”

A number of respondents were of the view that Scotland should leave well enough alone. “Shipping is a conservative industry, ” said one, “and Scottish independence introduces unknown risks and change for change’s sake.”

The survey revealed misgivings about the policies likely to be followed by an independent Scottish government. “Confidence in government will be affected massively, ” said one. “The SNP is perceived as a ‘one-issue’ party, and it is unclear how it plans to administer an independent country.” Another noted, “The Scottish government does not have anywhere near a high enough calibre of staff to run an independent nation, ” while another still remarked, “Scotland will become like Bulgaria in the old days – a socialist administration trying to guide industry, but without a clue how to create wealth, ” a view shared by the respondent who predicted that the result of a vote for independence would be “a very socialist agenda at odds with a very capitalist industry.”

“People will not take an independent Scotland seriously, ” according to one respondent. “It will be self-imploding and will lack serious funding. There is no understanding of, or support for, non-subsidised shipping in Scotland. They simply don’t want to engage.” Another said, “There has been little or no debate on maritime issues. Policy needs to be developed and debated as part of a wider independence strategy, and we have no confidence that such will be the case.” Elsewhere it was noted, “We do not see independence as a viable option. The current semi-autonomous set-up already addresses Scotland’s concerns for self-governance, while taking significant advantage of the union. It would be amazing if the people decided to get rid of that, not to mention the flawed nature of the referendum, which does not take into account Scots resident in the UK but not presently residing in Scotland.”

Other respondents, meanwhile, saw positives for the maritime sector in a vote for independence.  One said, “The shipping sector will develop more quickly if Scotland becomes independent, ” while others believed that independence would “increase opportunities” and lead to “high confidence levels” in the maritime sector. Other comments emphasised the need for an independent Scotland to be perceived as “customer-friendly” and to “cut away the ballast and stay tuned to the needs of the shipping sector.”

“Scottish independence would concentrate the mind on how better to support the offshore oil and gas sector, ” emphasised one respondent, “and help re-entry into the commercial and naval shipbuilding markets.” Another said, “A free Scotland is guaranteed to prosper and will have a significant impact on the European economy, ” while another still observed, “Scotland has the necessary resources, the skilled people and the experience. And we look forward to continuing to trade with it and developing our business there in the likely event of independence.

On a scale of 1 (low) to 10 (high), the likelihood of respondents, on average, making a major investment or significant development in and/or involving Scotland over the next 12 months was 3.7.Just over 37% of respondents rated the likelihood of making such an investment at 1. Almost 75% of respondents rated their likelihood of investing in Scotland over the coming year at 5 out of 10 or lower, although almost 8% returned the maximum rating of 10. One respondent said, “The entire industry investment is currently on hold pending the independence vote. Nobody is likely to take a gamble on an unknown factor.” Other comments referred to the need for investment from capital markets and other external sources.

Almost two- thirds (65%) of respondents felt that there would be a negative impact on the offshore continental shelf and related onshore activities if an independent Scotland moved away from the Pound Sterling. One respondent said that having a currency weaker than Sterling would have a negative effect on the willingness or ability of Scottish companies to invest in products and services from counties with stronger currencies. Another noted, however, that this would not be an issue if Scotland elected, and was allowed, to adopt the euro as its currency.

On a scale of 1 (low) to 10 (high), the average confidence level expressed by respondents in Scotland’s ability to provide security for Scottish-flagged ships was 5.1. 18% of respondents assessed their confidence in Scotland’s ability to provide such security at just 1, while 59% rated their confidence in this regard at 5 or lower. However, 12% rated their confidence levels at a maximum 10. “Scotland could be an alternative European flag, ” said one respondent, while another observed, “As a flag state, Scotland would have to work hard to gain credibility and to develop the necessary working infrastructure.” Others, though, were less optimistic. “Scotland does not have the maritime voice or manpower to cope as a certificated authority or at IMO, ” said one, while another predicted, “Ships would move away from the Scottish flag, and offshore business would become increasingly incorporated with European administrations.” Emphasising that Scotland has to offer cost savings and a reduction in bureaucracy to attract business, another respondent insisted, “Everyone is looking for customer-friendly places and flags to register their vessels.”

Respondents were asked to identify the top three factors which were most likely to influence the resilience of the Scottish shipping and offshore maritime industry over the next twelve months. Overall, currency emerged with the highest weighted percentage (25 %) across the three factors, followed closely by the tax system (24%), with the oil and gas industry in third place (16%). The remaining four factors were entry to Europe (14%), tonnage tax eligibility conditions in the UK and Scotland (11%), border control (6%) and security policy (4%).

One respondent warned, “An independent Scotland would need to offer tax advantages and concessions to keep owners in the country, ” while another predicted, “If Scotland votes for independence, the oil majors will move south of the border, where taxes and capital would be much safer.” But another still argued, “If Scotland can join the dots linking the likes of taxation, finance, corporate structures and tonnage tax, then the independent nation can only benefit.”

Elsewhere it was noted, “Independence would lead to a further decline in UK Continental Shelf Exploration & Production due to the lack of a mid-to-long-term strategy and tax regime security, ” and, “Scotland’s shipping and offshore maritime sector could ride out the industry peaks and troughs more smoothly with a larger tax-raising population.” One respondent, meanwhile, feared that post-independence taxation would “harm utilisation of oil resources.”

On the subject of tonnage tax, one respondent argued, “An independent Scotland could learn from the weaknesses in tonnage tax south of the border and use that to stimulate growth both from an ownership point of view and in terms of increasing the number of ships under management from Glasgow.”

Cassie Forman, Moore Stephens Director, Shipping and Offshore Maritime, says, “The survey revealed a high level of interest in the likely impact of Scottish independence on the shipping and offshore maritime sector. Unsurprisingly, issues such as currency, the taxation system, tonnage tax and the ability of Scotland to administer an efficient and cost-effective shipping administration dominated the comments from respondents.

“The survey was very international in its scope. This is important because, irrespective of the outcome of the vote on 18 September, Scotland will be looking to strengthen its position in what is arguably the world’s most international industry. It is worth bearing in mind the observation from one respondent that, ‘People in Latin America do not differentiate between Scotland and the rest of the UK.’  We shall soon know whether the rest of us will need to do so.”

* The Moore Stephens Scottish independence survey includes responses from key players worldwide in the shipping industry to a targeted, web-based survey by the Moore Stephens Shipping Industry Group.  It drew responses from 282 ship owners, managers, charterers, operators, brokers, professional advisers and others in Europe, Asia, the Americas, Africa and elsewhere, engaged in the shipping, offshore support, oil and gas, and other related sectors.  26% of the responses were from ship managers, followed by owners (22%) and professional advisers (21%). Some 66% of the responses were from Europe, 15% were from Asia and 12% from the Americas. Within Europe, just under 10% were from Scotland itself, while the rest of the UK accounted for 16%. Participants in mainstream shipping sectors such as the bulker, tanker, container ship and gas trades accounted for just under two-thirds of the responses, while over 12% were engaged in the offshore support vessel sector.  Editors can apply for a copy of the survey by emailing chris@merlinco.com

**Moore Stephens LLP is noted for a number of industry specialisations and is widely acknowledged as a leading shipping, offshore maritime and insurance adviser. Moore Stephens LLP is a member firm of Moore Stephens International Limited, one of the world’s leading accounting and consulting associations, with 667 offices of independent member firms in 105 countries, employing 27, 081 people and generating revenues in 2013 of $2.7 billion.www.moorestephens.co.uk

Attached is an Infographic for our readerships perusal: Scottish independence (Shipping) – infographic