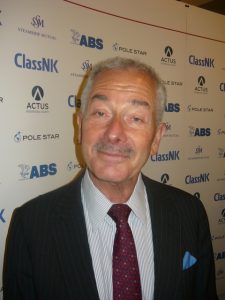 Reinsurers are coming under pressure from competitive forms of capital entering their market, at a time when the overall pricing environment has weakened.

The spotlight turned on the role of alternative capital, as Fitch Ratings unveiled in London its latest market reports, ahead of the annual reinsurance industry Rendez-Vous in Monte Carlo, which in 2014 takes place from September 13-18.

The capital incursion forms a backdrop too for another major insurance event, the annual meeting, from September 22-24 in Hong Kong, of the International Union of Marine Insurance. Marine and energy often provide slim or negative margins forunderwriters.

By premium volume, the world’s leading reinsurers include Munich Re, Berkshire Hathaway, the Lloyd’s market, Swiss Re, Hanover Re and SCOR. In the medium-sized group are many Bermuda-based and US-associated reinsurers.

As a whole, the reinsurance sector has to contend with the growth of alternative capital, including catastrophe bonds, collateralised reinsurers and industry loss warranties, at a time when it has seen primary insurers modify and sometimes reduce their reinsurance purchasing.

The advent of hedge fund and pension fund money represents a structural change to which reinsurers need to adapt, emphasised the reports by Fitch entitled  2015: Global Reinsurance, and Global Reinsurance’s Shifting Landscape. The emergence of such models “will be an enduring credit negative to traditional reinsurers’ ratings, ” Fitch said.

Exemplifying developments is the recent creation of a Bermuda-based multiline reinsurer named Watford Re, capitalised at $1.13bn and closely linked with Arch group. With lines in property, US casualty, marine and offshore energy and other fields, it is seen as commanding a pricing advantage because its hybrid structure leverages the input of Highbridge Capital Management, an alternative asset management subsidiary of JP Morgan.

Fitch said it was too soon to judge if a vehicle like Watford Re would gain real traction, but some traditional reinsurers might defend their market share from a potential new wave of hedge-fund backed casualty outfits by cutting back on pricing.

The volume of capacity that can be classified as alternative has jumped from 8% of the global property catastrophe reinsurance limit five years ago, to 15% at year-end 2013. Among other trends, in 2014 a record level of issuance of catastrophe bonds is likely.

Recently reported financial results present a solid financial picture across global reinsurance, and are supporting a stable ratings outlook for the 29 reinsurers tracked by the agency, but there could be difficulties ahead.

Martyn Street, a senior director of Fitch, warned that the growth of alternative capital is viewed as a credit negative for the ratings of traditional reinsurers, because a significant portion of new funding is expected to remain permanent. Fitch viewed the current soft market as not just a normal cycle but a sign of a structural change. While ratings for most reinsurers are expected to be unchanged, certain mono-line companies with high exposure to property catastrophe could be downgraded or have their outlook revised to negative.

On fundamentals, the sector outlook is in the Fitch view negative, because of intense market competition and sluggish demand from cedents. Price falls and weakening terms and conditions which have in particular hit the US property catastrophe market look set to spread to more classes in 2015. “If we continue with a low level of loss activity, then prices will continue to fall, ” said Mr Street.

Global industry catastrophe losses in 2013 and those forecast for 2014 are well below those of a supposed ‘normal’ year, when the figure might be $35bn, of which 30% would be borne by reinsurers and the remainder by primary carriers. Based on the 29 reinsurers covered by Fitch, their forecast 2014 catastrophe loss figure  would be just over $7bn, following a total of $3.5bn in 2013.

Weaker results from many reinsurers partially reflect an increase in non-catastrophe property losses. Traditional reinsurers have been induced by falling premium rates to move away from the property catastrophe business, which historically has the highest margins. US property catastrophe prices were hit by a ‘perfect storm’ of a cyclical soft market following a reduction in losses in the Gulf of Mexico and southern states, and build-up of underwriting capacity and alternative capital competition. Experts have predicted average to below-average Atlantic hurricane frequency this season.

“The growth of alternative capital represents a structural change to which reinsurers will be forced to adapt, ” insisted Fitch.

Fitch has meanwhile launched its Prism Factor-Based Capital Model for assessing the capital strength of insurance companies in Europe, the Middle East and Africa. Chris Waterman, Fitch managing director, said the model enables Fitch to bring insurers writing business under varying accounting standards in different regions into a single framework and to develop a comparable capital score for use in the rating process.

Following feedback from the market on a draft model published in October 2013, Fitch has maintained the device as a simple, Excel spreadsheet-based model in preference to building a more complex, computationally intensive model. Its purpose is to support Fitch’s rating analysis, and it is designed to reflect the agency’s views on risk. In due course it is expected to be extended, in relation to businesses in Asia and Latin America.