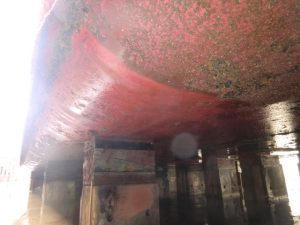 [12-9-2014] I-Tech has been notified that Selektope®, a marine biocide used to improve ship hull performance and reduce maintenance, has been approved for use in China.

New chemical notification
Selektope has been approved for use as an antifouling biocide by the Ministry of Environmental Protection of the People’s Republic of China.

“We are pleased to receive approval from the Chinese authorities of our antifouling technology following a rigorous environmental risk assessment, ” says Philip Chaabane, Managing Director of I-Tech. “This marks a major milestone in our efforts to deliver our unique technology across the global marine industry, demonstrating the acceptance of Selektope® for sea going vessels as well as other marine structures in the world’s largest single maritime market.”

Selektope has already been approved in Japan and South Korea and is under registration in the EU.

Selektope® – further improving antifouling paints
The turnover for antifouling paints is estimated at USD 2 billion annually and the ability to protect hulls against barnacles is a critical attribute in all antifouling coatings. Selektope is a biodegradable, non-metal substance developed to avoid fouling by barnacles and other shell-forming animals on boats and ships. It has proven effectiveness in concentrations of about 0.1 % w/w (percentage weight/weight). The antifouling effect is exerted through stimulation of the barnacle larvae’s swimming behaviour, which makes the larvae unable to attach to a surface painted with Selektope. As soon as the barnacle leaves the surface the effect disappears, i.e. it is reversible. Due to the low concentration needed, Selektope does not compromise the paint’s chemical structure, colour or other cooperative biocides involved.

About I-Tech
I-Tech is a Swedish limited company, founded in 2000 by a group of researchers from the University of Gothenburg and Chalmers University of Technology.

I-Tech’s biocide Selektope (common name medetomidine) has sprung from extensive research on the development of environmentally sound marine paints through a government funded (MISTRA) multi-year research project. Several potential biocides were included in this project, but Selektope distinguished itself from the others when it was discovered to affect the behaviour of the barnacle larvae so that they would not settle on prepared surfaces. The substance was particularly interesting as the effect can be identified already at nano-molar concentrations.
Further development has refined Selektope to a potent, ecologically verified biocide for use in marine antifouling paints. The technology holds extensive patent protection for all relevant maritime nations.